The goal of Indonesian Surfing Championships (ISC) was to create a national surfing circuit with a points system, rankings, and a year-end champion, modeled after the Association of Surfing Professionals (ASP) qualifying series tour.  Known in Asia as “the Real Dream Tour” for its contests held in world class waves, the ISC presided over from 8 to 24 events per year ranging from Rip Curl GromSearch junior events to World Championship Tour events such as the Rip Curl Search at Uluwatu (2008), the Oakley World Junior Championships (2008-2012). 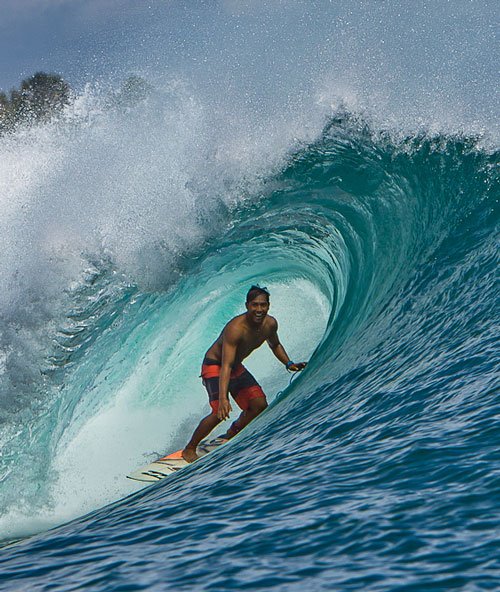 As surfing began to gain popularity in other Asian countries, the ISC evolved into the Asian Surfing Championships, working with organizations in Malaysia, Thailand, India, the Philippines, the Maldives, and Taiwan to create new events to add to those in Indonesia and create an Asian -wide surfing circuit.

This further development of Asian surfing led to the co-sanctioning of several ASC events with the ASP (now the WSL) starting in Taiwan with the Taiwan Open of Surfing in 2013, the Siargao International Surfing Cup (Cloud 9) in the Philippines, and the Komune Bali Pro and the Quiksilver Uluwatu Challenge in Indonesia.

Then in 2017 when the World Surf League (WSL) formed the WSL Asia Region, an agreement between the ASC and the WSL resulted in all the existing and any potential new ASC events becoming WSL Qualifying Series (QS) events, thus providing a smooth transition for Asian surfers to WSL membership and inclusion.  And since there was no longer an Asian Surfing Championship tour, the ASC decided on a name change to the Asian Surf Cooperative.

The ASC has worked with the WSL to produce several World Championship Tour events in Indonesia, such as the Corona Bali Pro at Keramas and the Quiksilver/ROXY Pro Gland, as well as has created, developed and grown Qualifying Series events such as the Krui Pro and Nias Pro from a QS1000 level up to QS5000 level in just a few short years.

And at the national development level, the ASC has created the first-ever National Boardriders League in 2020, the Liga Surfing Indonesia (LSI), and the Tipi Jabrik’s Grom Patrol junior competition series was started in 2019.