1 August 2020, Canggu, Bali:  As promised, the 2022 Twinny Finny Surf Fest delivered two full days of both hilarious and high quality entertainment combined with some amazing surfing by the world’s finest and most proficient twin fin aficionados at The Lawn in Canggu, which ended with Twin Fin World Champions being crowned in Men’s Open, Women’s and Juniors divisions and a Sunset Jam session by Winston Surfshirt to make for what is arguably the weekend of the year so far.

“What an incredible weekend. It had it all, epic waves, art, music, film and of course insane surfing!” said The Lawn’s Tai Graham.  “ So stoked to see three locals win all the divisions. Indonesia is killing it on the international surfing scene and I’m so proud to see that. Big thanks to all involved for all their hard work and most importantly, thanks to everyone for bringing the good vibes!”

Kailani Johnson took out the Women’s Division in her Saturday afternoon final, absolutely tearing it up the 3-4 footers with reckless abandon, something of a surprise mostly for her.  “I’ve only ever surfed a twinny a couple of times, the last time maybe 6 months ago, and now I love the twinny!  It felt like whatever I wanted it to do it would do it…it was surprising sometimes how loose and how responsive it was.  So it definitely convinced me I need to get one,” she explained.

And on winning the event, “It always feels good to win, and I got to surf fun waves with almost no one out, and use some really really fun boards. It was like competing but with no pressure, it was so much fun!”  Kailani is Balinese-American and currently competes on the WSL Challenger series. 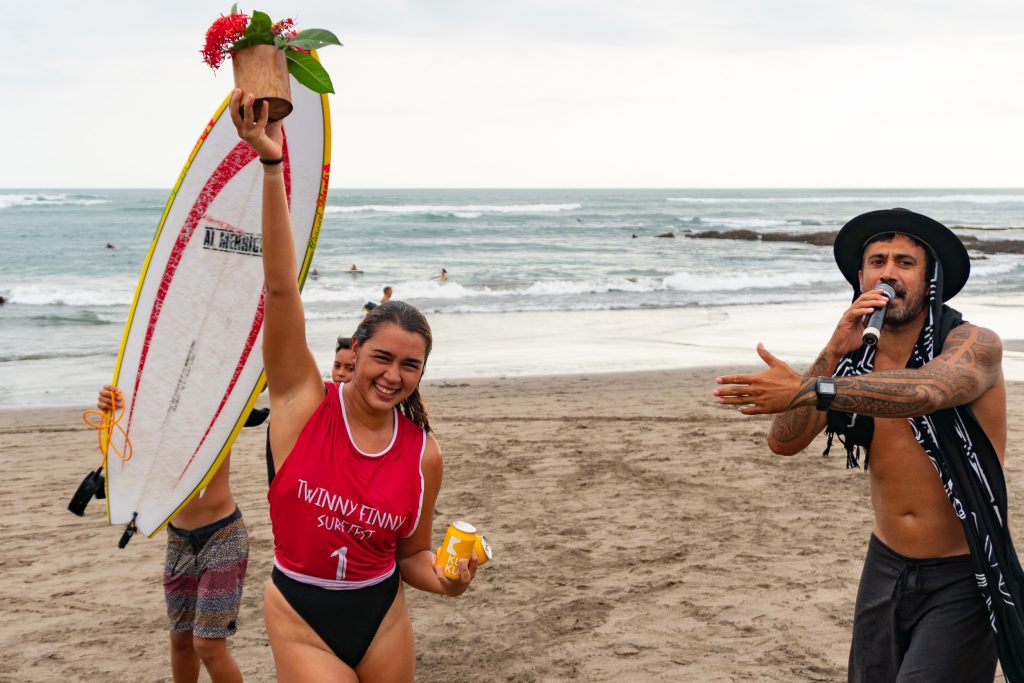 13-year old Natan Johanas from Kuta took out the Juniors today, and was very stoked with his win, saying, “I was very honored to be invited to this event, , thanks to the Canggu Surf Community, The Lawn, Tai, and Billabong for this event.  I’m so happy to win, it really felt like nature was on my side today!” 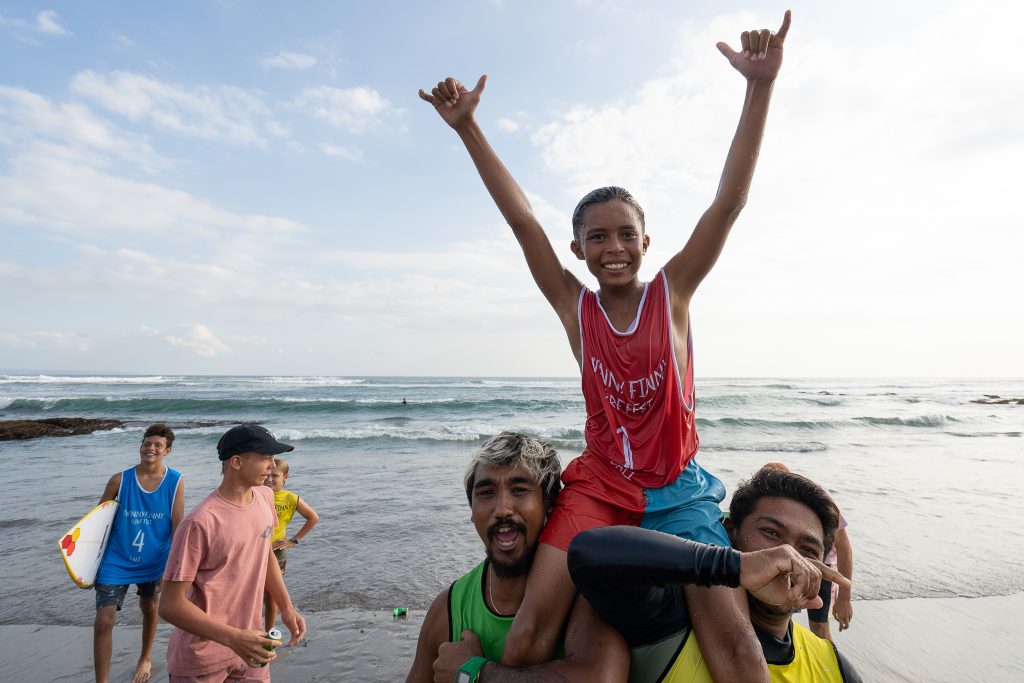 And last but not least, winning the Men’s Division was none other than everyone’s favorite local, Sodok.  A man of few words but with lots of action in the water, he said “I’m stoked to win at my home break in front of such a big crowd and against some of the best Twinny surfers in the world.”  After he accepted his prize of a brand new Channel Islands surfboard on the podium, he was ceremoniously picked up and thrown into the pool!

Asked to describe what went down in what was a very entertaining final, competitor and commentator Jered Mell had this to share:  “During the final, some of these beginner surfers were floating into the competition area and dropping in on each other, it was pretty much debauchery all around. Quite a thing to witness. The highlight was Kian Martin getting barreled by a soft top. I think it was Tai that pushed this guy on a soft top out of the way but it was right towards Kian when he was taking off.   The guy ended up going over the falls, with Kian underneath of him!”

According to Mell, the right man won the final, saying “Sodok is a local legend, it’s his wave and he knows it better than anybody.  He surfs there, he fishes there, he teaches surfing there, he catches lobsters there..he’s pretty much the all- around waterman of Batu Bolong.  He really rips it, so it’s a well-deserved win for sure.” 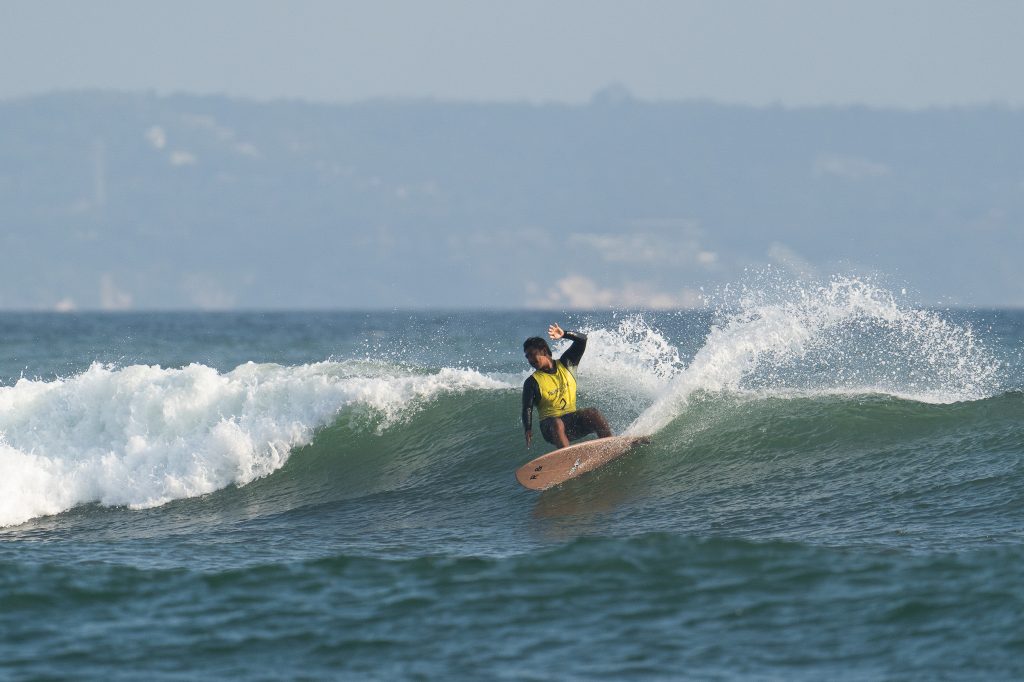 The TWINNY FINNY SURF FEST was proudly brought to you by The Lawn and Times Beach Warung, in conjunction with the Asian Surf Cooperative and the Canggu Surf Community, with sponsorship support by SKOOL, WKND Family, Kura Kura Beer, and Channel Islands