6 October 2022, Canggu-Bali:  The Indonesian National Surfing Championships were completed yesterday at Pererenan Beach in Bali with the province of Aceh claiming the most medals with a total of five; 2 Gold, 2 Silver, and 1 Bronze, Bali in second place with four medals; 2 Gold, 1 Silver, and 1 Bronze and West Java with three Bronze medals.  Nusa Tenggara Barat, Nusa Tenggara Timur, and DKI Jakarta also earned Bronze medals in the two day competition.

68 male and female surfers representing 15 surfing provinces ranging from Aceh to Papua that are organized under Indonesia’s governing body for the sport of surfing, Persatuan Selancar Ombak Indonesia (PSOI) gathered together to compete for their province in hopes of claiming medals in four categories of competition;  Men’s Shortboard, Women’s Shortboard, Men’s Longboard, and Women’s Longboard.  The competition was sanctioned by the PSOI and produced by the Asian Surf Cooperative and the Pererenan Surf Club.

“This has been a very amazing event, as it’s the first time so many provinces have brought their surfers all together for a competition like this,” exclaimed PSOI President Arya Subyakto.  “In the past, it would be only Bali and West Java that would have the top surfers, but this time we see other provinces with great surfing talent, such as Aceh, Nusa Tenggara Barat, and even Jakarta, which does not even have its own beach.  It is so exciting and rewarding to see that surfing growing and spreading around Indonesia…and that the government is beginning to support this healthy and active sport.  Our Indonesia surfer Rio Waida was 1 of 40 surfers in the world to join the Olympics last year, and just yesterday he qualified for the World Surf League World Championship Tour for 2023, which is proof that Indonesia has the talented surfers that can compete and be the best in the world,” he added. 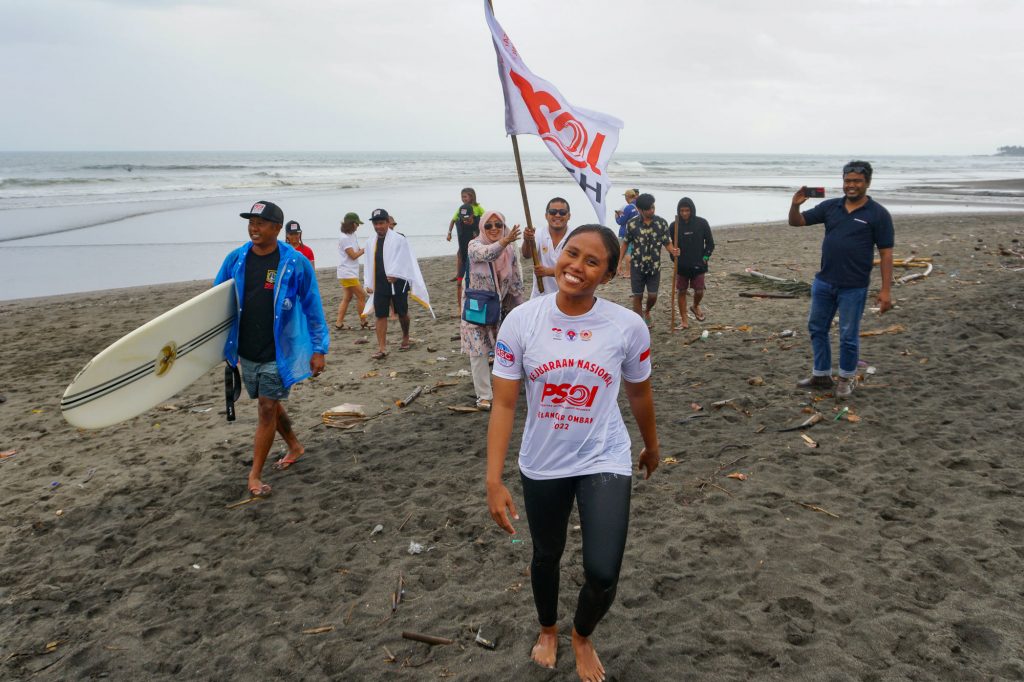 Dhea Natasya Novitasari (Aceh) won a Gold Medal in Women’s Longboard and Bronze Medal in Women’s Shortboard.  From the podium while accepting her medals, she said, “Thank you to every that supports me, all my sponsors and friends and everyone.  Thanks to PSOI for making this competition and I hope surfing in Indonesia will keep progressing into the future.” 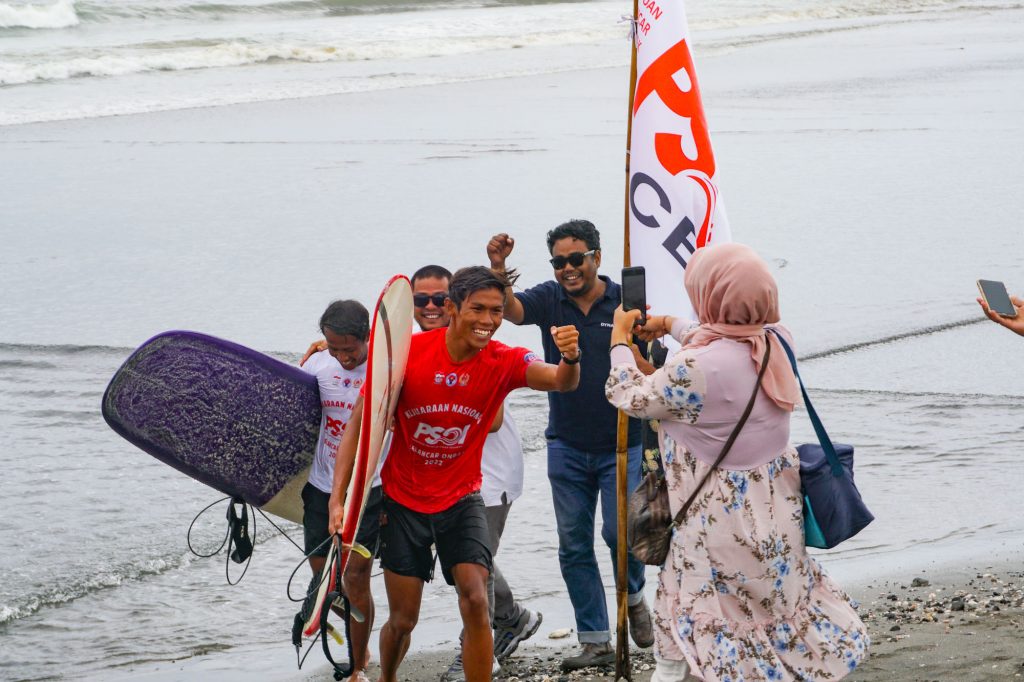 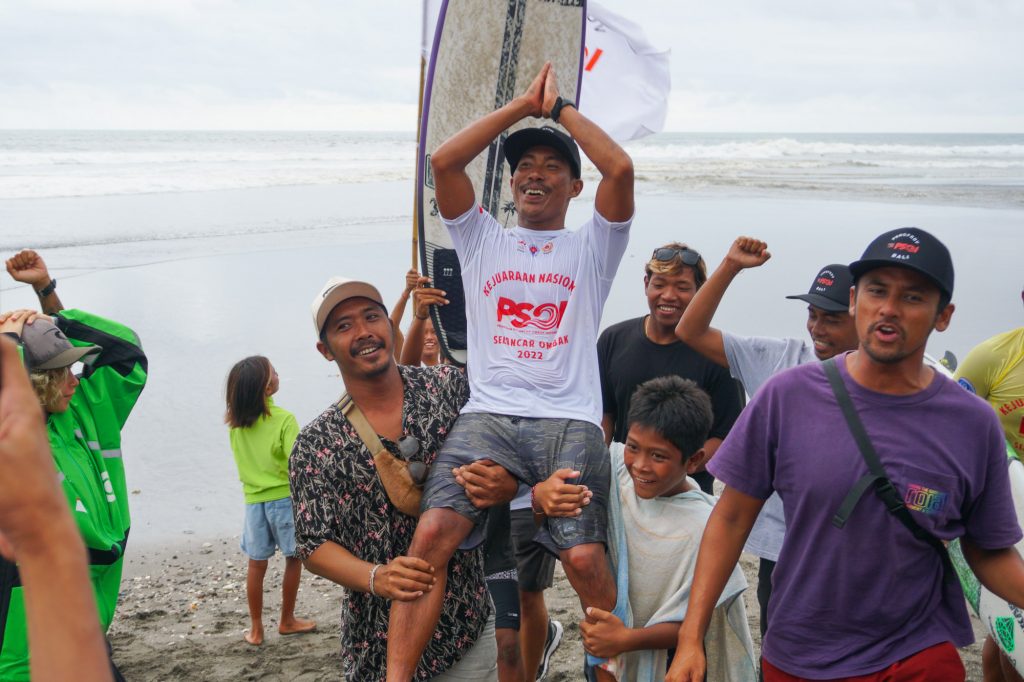 Bali’s Made Darmayasa was the Gold Medalist in the Men’s Shortboard Division, and in his acceptance speech said, “Thanks very much to the PSOI for having this event here at Canggu, and thanks the boys here in Pererenan for letting us surf here are their place.  Thanks to PSOI Bali, and my surf club the Legian Boardriders, and the judges for rewarding my performance with a Gold Medal!” 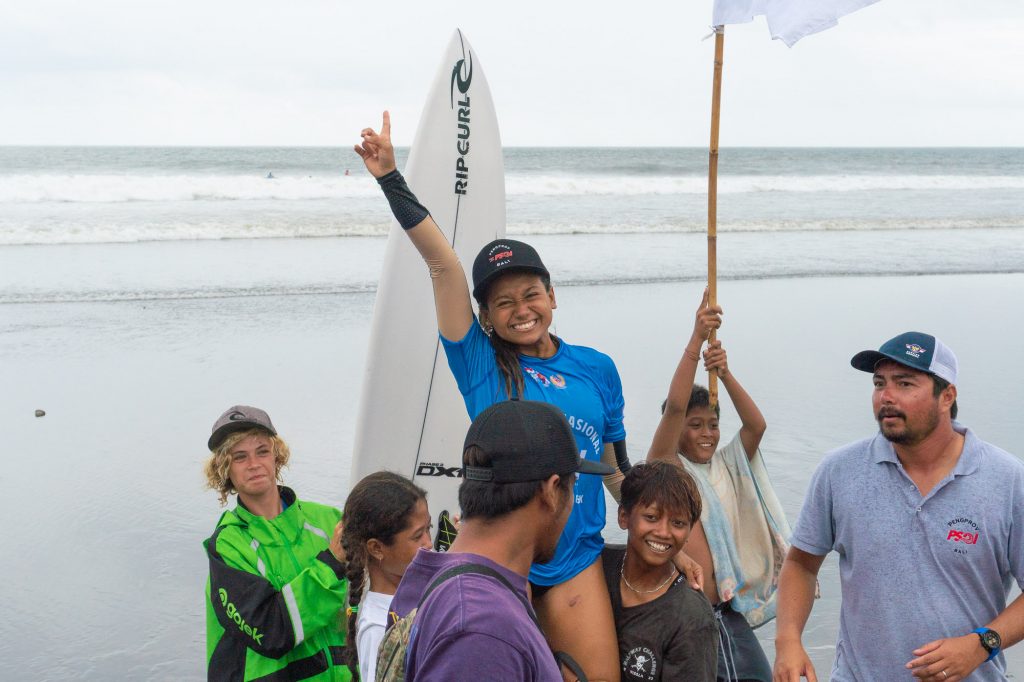 Women’s Shortboard Gold Medal was won by Taina Angel Izquierdo from Bali, who said “I’m so happy to have gotten this Gold Medal today, and I really want to thank all my sponsors, family, and PSOI Bali and everyone that supports me.  This Gold Medal is for all of us…Thank you so much!”

After the awarding, Head Judge Wayan Pica was asked for a few words. “I’m really impressed, as I didn’t imagine that I’d see these kind of results from this variety of provinces at this event,” said Pica.  “The level of surfing was far above what I thought it would be, and I’m very surprised but certainly happy, and I hope surfing will continue to grow and progress more and more all around Indonesia.  Thanks to all the provinces and surfers who participated, and to the PSOI and ASC for making this event.”

To see all the scores, results and participant details, go to https://www.liveheats.com/events/54530

High Resolution Press Photos (not for commercial use, for Media Only)