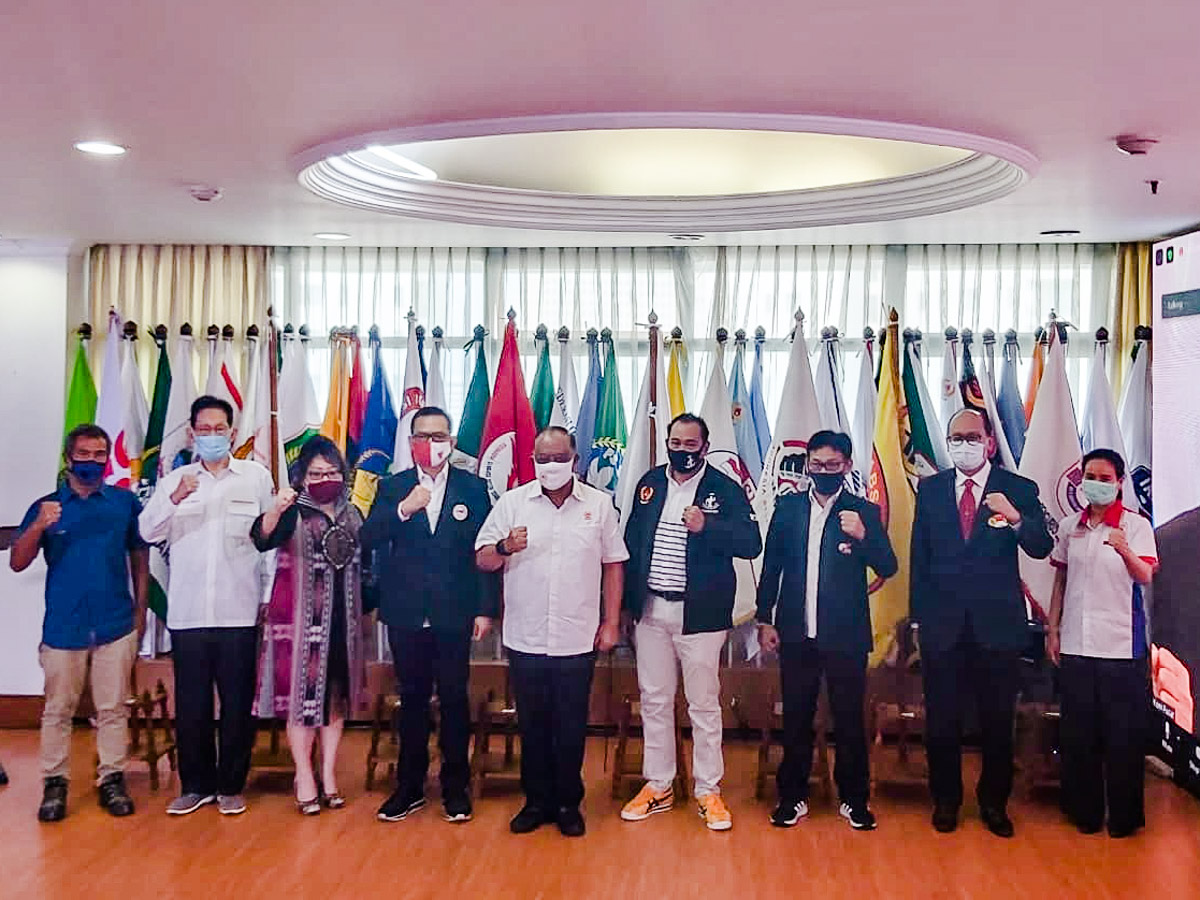 31 August 2020, Bali, Indonesia:  The culmination of some 12 plus years of dedicated effort by the PSOI (Persatuan Selancar Ombak Indonesia), Indonesia’s national governing body for surfing, and others, PSOI Chairman Arya Subyakto was called to Jakarta on the 27th of August to attend KONI’s (National Sports Committee of Indonesia) 2020 National Conference and receive the long-awaited acceptance of Surfing as an official sport in Indonesia and PSOI as surfing’s official representative body by the Indonesian Ministry of Youth and Sports (Kementerian Pemuda dan Olahraga) and the National Sports Committee of Indonesia (Komite Olahraga Nasional Indonesia).

“This is a really big step forward for surfing here in Indonesia, and such a huge accomplishment, given all the technical difficulties we had overcome along the way, mostly because surfing isn’t at all like other conventional sports so it was very difficult to meet some of the geographical requirements,” said PSOI Chairman Arya Subyakto.  “We really want to thank the Chairman of KONI, Mr. Marciano Norman, for working with us to make this happen.  He saw that there were some technical changes needed in the geographical requirements area so that surfing could be included, and further recognized the tremendous success that Indonesia’s surfers have had both within Indonesia and in International events such as the recent SEA Games in the Philippines, where Indonesian surfers brought home 6 medals (2 Gold), so he worked with us to make this happen.  On behalf of the PSOI and all its surfers around Indonesia, we thank Mr Norman and KONI, and all those who helped along the way. We are so proud and excited about this accomplishment, and are looking forward to many great things in our surfing future,” he added.

In the international world of surfing, Indonesia and Surfing have been linked since the early 1970’s when Bali’s amazing waves were highlighted in Albe Falzon’s epic film “Morning of the Earth” and Indonesia’s visibility and fame grew faster and faster as more and more fantastic surfing spots were discovered, from Aceh to Rote.  But recognition and support from the Indonesian government for the sport of surfing in regards to developmental programs and support for it’s growing community of surfers was virtually non-existent, despite the efforts of pioneers such as Dr. Rinzani in Bali back in the early 90’s, who even travelled to France in 1992 with several Balinese surfers to an International Surfing Association event in order to lobby for recognition.

“We really owe a lot to those pioneers like Dr. Rinzani, who was the founder of Indonesia’s first surfing organization, and Bobby Radiasa who was the first president of the PSOI, and many others of the Indonesian surfing community that really put in lots of time and money for the sport of surfing over the years,” said PSOI Secretary General Tipi Jabrik.  “As a surfing community, we’ve had a lot of successes and been involved in a lot of national and international events over the years, with no support or involvement with the government… our own ISC and ASC tours, with the ISA, and with the WSL for example, all with the goal of one day having an Indonesian as a World Champion. But with surfing now being an Olympic sport, there is the ultimate goal of being an Olympic Champion for your country, which even 11-time World Champion Kelly Slater wants to achieve, and that requires the involvement of the government for support and qualification,” explained Jabrik.

Indonesia’s National Surfing Team Training is supported by the Indonesian Ministry of Youth and Sport, so they can compete in various multi-discipline events such as the SEA Games and the Asian Beach Games, while the Olympic surfing effort is supported by the KOI (Indonesia Olympic Committee, and at the provincial level all support for surfing now comes from the Ministry of Youth and Sport.

So, the big takeaway from this milestone event is that now at the regional level, the various PSOI groups can start organizing themselves, making plans and development programs, creating budgets, and submitting proposals to their Regional Sports Committee, knowing that they are officially and legitimately entitled to do so, and move forward to grow the sport of surfing in Indonesia.

In addition, every two years Indonesia stages a National Sport Week, abbreviated PON (Pekan Olahraga National), which is a very prestigious national event that every province seeks to join in, and every provincial leader’s dream is to come home with a trove of medals from PON. But only KONE member districts can apply for money to train their athletes and thus participate, so the good news fo Indonesian surfing is that In 2023 PON will take place in Aceh, which has great surf spots, so will present a great opportunity for the surfing provinces to participate.

“This is such a big accomplishment, as Surfing is finally on the same level as other big sports such as Badminton, Soccer and others in Indonesia, for we now have a head office for our sport, administration, regional representation and so on,” explained Tipi Jabrik. “After first earning recognition for our surfing achievements from international organizations such as the ISA and the WSL, it is so gratifying for surfing to now be recognized by our government as deserving of the same status and level of support as other major sports.”

Indonesia’s surfing athletes have already accomplished great achievements, from earning Gold, Silver and Bronze medals at IOC (International Olympic Committee) and Olympic Council of Asia (OCA) sanctioned multi-event games such as the 2008 Asian Beach Games (Bali) and at the 2019 SEA Games (Philippines) to winning various international-level surfing contests held by the World Surf League around the world. Now with surfing being officially recognised as an official sport in Indonesia, and with the support from KONI and the Ministry of Youth and Sport, PSOI is certain that many more and greater achievements will be seen in th future.