Maree has aspirations to one day qualify for the elite WSL Championship Tour and join compatriot Jordy Smith and today’s win was the biggest of his career so far and sees the 20-year-old steadily moving up the rankings to 62 in the world.

Maree defeated USA surfer Shaun Burns (USA/Cal/SantaCruz) to take the win in waves in the 4 to 6 feet (2meter) range. Both surfers revelled in the great waves throughout the event but it was Maree who asserted himself at the midway point of the final where he was trailing Burn’s but dug deep to find an excellent score of 8.93 due to a series of critical top-to-bottom backhand turns that impressed the large crowds who lined the point.

“I cannot believe I’ve won this event – it is so special because it’s held in such a special and world famous surfing location” said a near exhausted but excited Maree after the final which followed a long day that saw the South African win through 4 long heats.

“All the hard work in the gym paid off today, I have been training so hard and it was exactly what was required on a day like this.

“It’s been a remarkable week and this circuit in Asia, especially these Indonesian events that run in amazing waves make for a true dream tour – I’m off to Sri Lanka next week and I can’t wait for another great event!” 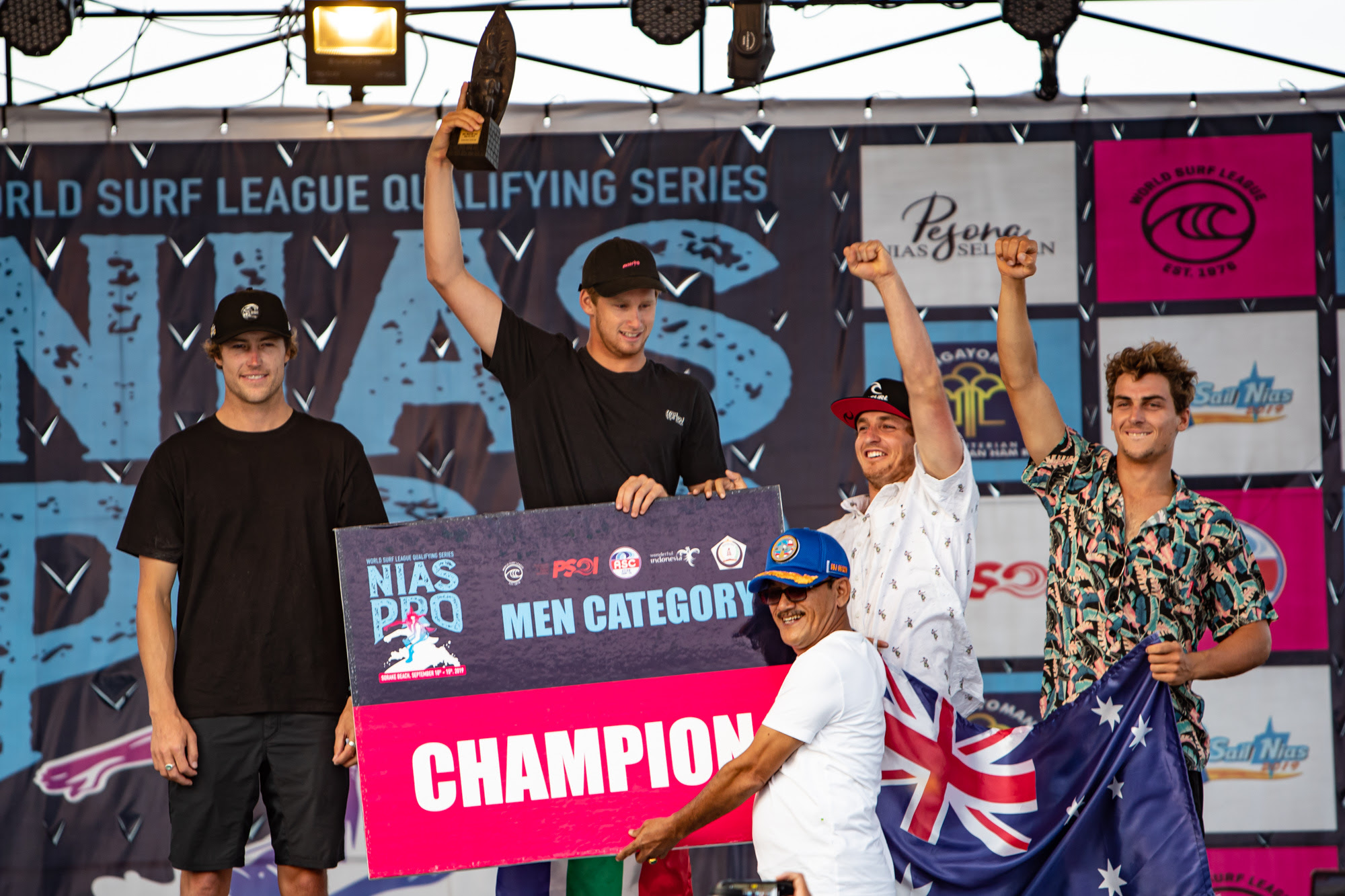 Shaun Burn’s second placing at a QS3000 level was his best ever performance and the Santa Cruz California surfer thoroughly enjoyed being the runner-up.

“No losers this week” said Burns at the presentation. “It’s been such a well run and high quality surf event – Worth the effort to travel here for such a fantastic surf event and well done to Jordy the winner.”

Burns possibly peaked a little early following one of the events best performances in his SemiFinal where he scored two outstanding rides in his narrow win over Australia’s Lucas Wrice (South Coast NSW).

The two Nias Pro 2019 champions are Jordy Maree from South Africa and Piper Harrison from Australia.

Surfers and WSL officials now make plans to exit the jungle and head west to the next major WSL event in this region, the So Sri Lanka Pro 2019 to be held at Arugam Bay – September 25 to 29.

The 2019 Nias Pro men’s and women’s event will run from September 9 – 14. The event will be broadcast live at www.worldsurfleague.com and on the free WSL App. Head to these places for more information.