Urbiztondo Beach, San Juan / Philippines (Friday, January 20, 2023) – Competition is off and running at the inaugural La Union International Pro with opening rounds of the men’s and women’s Qualifying Series (QS) 3000 event being completed. Competitors were treated to super clean two foot surf on the Point at Urbiztondo Beach at La Union. The Longboard Qualifying Series (LQS) event did not run on the opening day with more favourable conditions on the way.

It was a successful day of competition for the Indonesian contingent with 7 of the 8 male competitors progressing through the Round of 64 on the opening day at La Union. The standout of these surfers and of the entire first day was Bali based prodigy Bronson Meydi (IDN) who posted the highest men’s heat total of the opening day. Meydi’s 13.35 (out of a possible 20) came from a solid combination of fast rail carves and fins free manoeuvres.

“I had a serious cramp before I paddled out for that heat and was nervous I wouldn’t be able to surf,” Meydi said. “Once I stood up on my first wave I knew I was going to be okay which was a good feeling. I’ve been here a few times to this area but never surfed the point so it’s been nice to try something different. I’m stoked to make it through that one and am looking forward to the next round.”

The second half of Day 1 saw the opening round of the women’s event run the first few heats with current Asia rankings leader Minami Nonaka (JPN) setting a high standard early, posting an impressive two wave combination of 13.75. Nonaka’s performance was solid and a great indication as to why she is well on her way to Challenger Series qualification in 2023.

“I’m very excited to be here for the very first comp of the year,” Nonaka said. “I really enjoyed the waves in my heat, getting a 7.50 was great, I’m so happy. I’m happy to be here in La Union, this place is really nice, and I’m hoping I can do well here in the event.” 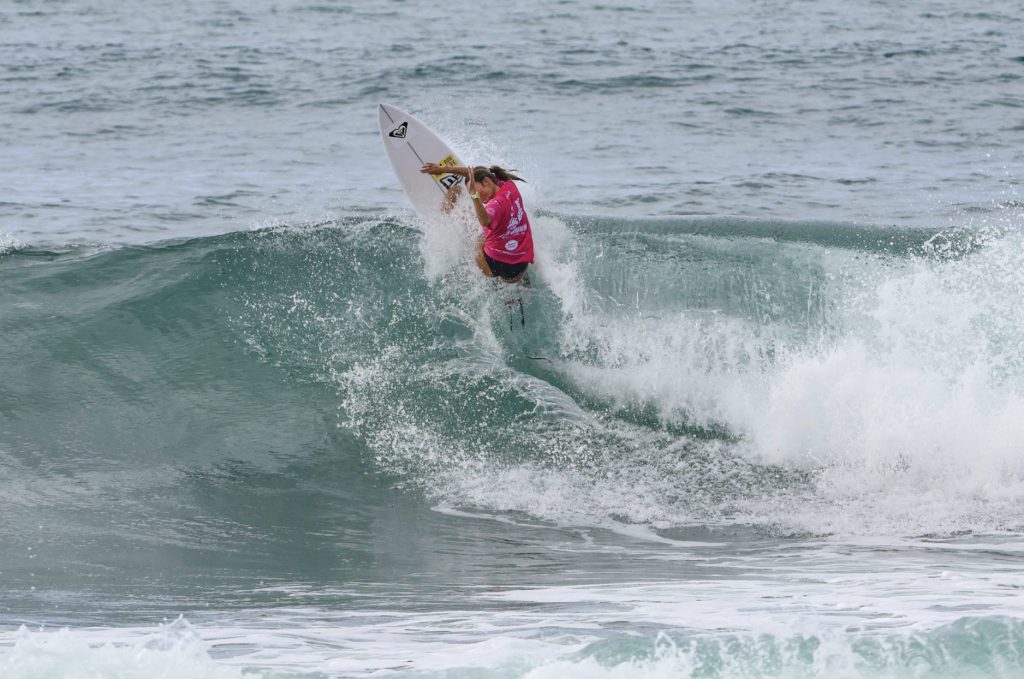 A special mention must go to Sara Wakita (JPN) who posted an excellent 9.00 point ride in her opening heat of the event. Wakita’s wave score was the highest of the event so far.

Event directors will reconvene tomorrow morning at 7:30 am local time to make another call on competition with the remaining heats of the women‘s Round of 32 likely to commence proceedings.

The 2023 La Union International Pro QS 3,000 and LQS 1,000 will run at The Point, Urbiztondo Beach in La Union, Philippines, from January 20 – 26. For more information head to worldsurfleague.com