Gold Coast local Parkinson made it to the final with clutch performances all event, posting perfect and excellent scores in the final minutes of his heats to progress to the next round. In the Final, however, he did all the damage early, posting a perfect 10-point ride with his first wave. His second ever, the perfect score came from a huge, full rotation ‘alley-oop’ which he immediately backed up with a 9.17 for a huge air-reverse. This left his opponent Oney Anwar (IDN) chasing a two-wave combination of 19.17 for the lead.

“This last few days have been a dream – this whole event has been so much fun,” Parkinson said. “Oney and I have known each other since we were kids and are great mates. All week we were joking with each other just saying ‘I’ll see you in the final’ and then it happened and we couldn’t believe it. Sri Lanka is so awesome, I just love it here, and I’m definitely coming back with my girlfriend. I’m so over the moon.”

It’s been an event of milestones for Parkinson who has not been competing at many competitions in 2019. First, he scored his first-ever, perfect 10-point ride, then he scored his second 10, then his highest ever heat total in a WSL event. The biggest milestone though is taking out a QS3,000, the biggest win of his career.

“When I landed that first air I knew it was a perfect 10 because it just felt so clean then the second one felt good as well and all of a sudden Oney and I were looking at each other going ‘what just happened?’ I don’t really know what this result means, I’ll probably go to the Taiwan Open and see how I go there then access my seeding for some QS events next year. For now, I just want to soak it up. 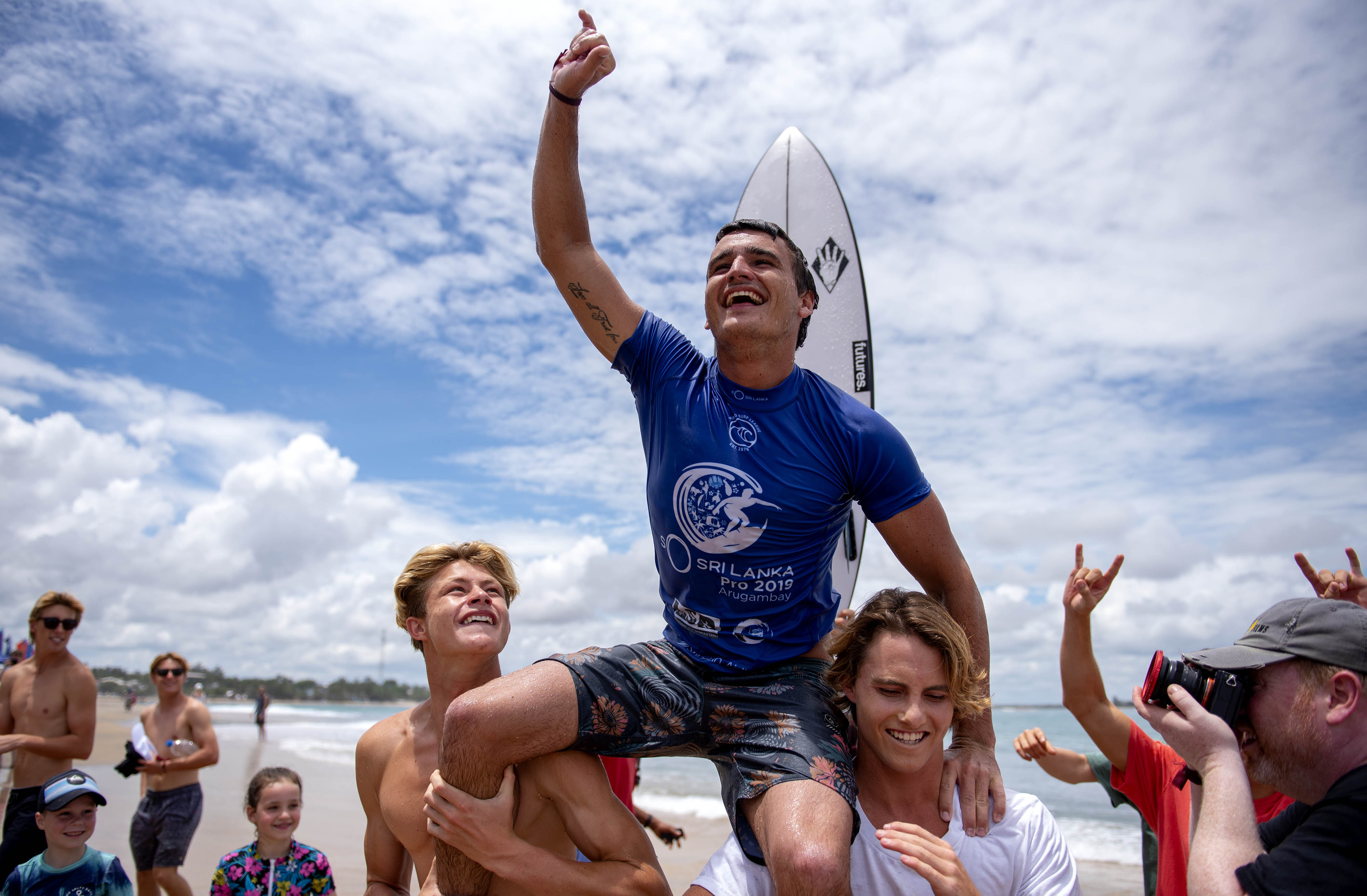 Indonesia’s Oney Anwar (IDN) was in searing form on finals day and looked to be the one to stop the rampaging Parkinson. Unfortunately for Anwar, Parkinson hit his peak in the final leaving Oney to take home second place. This is still one of the best results in Anwar’s career as he looks to take out the WSL Asia Regional QS for 2019.

“Mitch and I were laughing all week about making the final together and it ended up not being a joke,” Anwar said. “I went to high school in Palm Beach on the Gold Coast and grew up competing with Mitch all the time so to be in a final of a WSL event in Sri Lanka with him is so cool. I just came here to enjoy this place and have fun in Sri Lanka so making the final was just a bonus. It’s been a great week and I’m so happy for Mitch.” 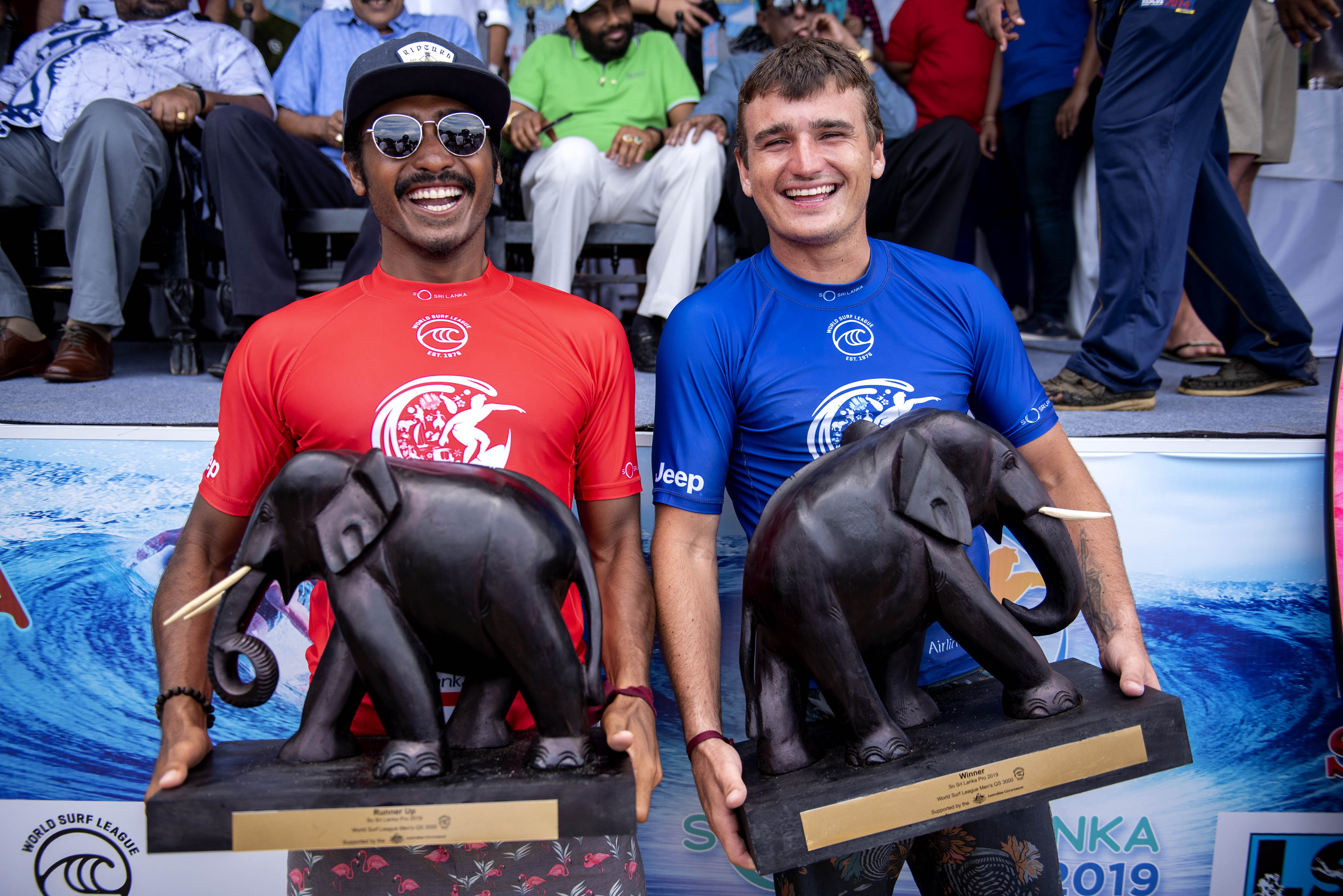 Te Kehukehu Butler (NZL) from New Zealand and Victor Bernardo (BRA) from Brazil were unlucky to not make the Final as they both performed exceptionally all event but fell just short in their respective Semifinals. Both surfer’s leave Sri Lanka with an equal third-place finish.

The So Sri Lanka Pro 2019 Men’s WSL QS3,000 will run from September 25-29. To watch all of the action live head to www.worldsurfleague.com or download the Free WSL App.