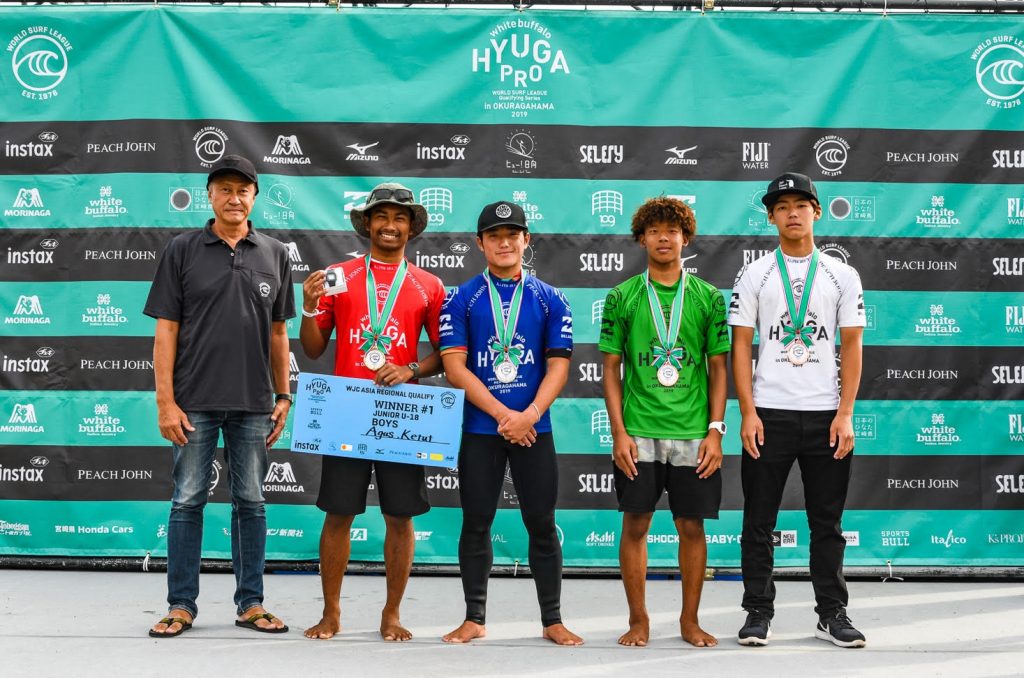 Hailing from Bali, Ketut Agus looked in fine form in the QS 1,000 before a Round 4 exit but took that fire into the WJC Asia Championship to claim a massive win over Japanese contingent Arashi Murata, Monnono Yahagi, and Shohei Kato. The win sends Ketut Agus, alongside Murata and Yahagi who finished runner-up and third-place respectively, to the WSL Junior Championships as he will contest against the best competitors 18-and-under from around the world beginning November 26 – December 1.

“I’m so happy to win this junior event and now I’m to WSL Junior Championships next month, I can’t believe it,” Ketut said. “Thank you for all the support from the crowd who were cheering me on and to Hyuga for having us. This was a great event and I couldn’t be more stoked.”

Congratulations to our 2019 WJC Asia Championship Ketut Agus and good luck for WSL Junior Championship in Taiwan next month!