Indonesia’s Ketut Agus (IDN) was a man on a mission this week in La Union, posting some of the most significant heat totals of the event in every round, the super-fast natural footer looked destined to make the final. Having competed on the Challenger Series all year, Agus needs QS points if he’s to re-qualify, and with 3000 on the line here in the Philippines, the equation was simple. Agus was building through every round but saved his best performance till last, opening with a near-perfect 9.50 on his first ride, then backing it up with another excellent score for an 18.25 two-wave heat total (out of a possible 20), the highest of the entire event. Agus earned his scores for showing commitment and variety through every turn, and in the end, it was too much for Tenshi Iwami (JPN), who struggled to match his opponent, leaving Agus to take the victory.

“I prepared so much for this event, as I want to get back on the Challenger and make a run for the CT to join Rio (Waida),” Agus said. “Paddling out for the final, I was so stoked that it was the best conditions of the event, and when I took that first wave and heard the score, I really thanked God for giving me that wave and the judges for that 9.50. But I knew I needed a high backup score as Tenshi had been ripping and scoring well, so one big score would never be enough. I just tried to relax and control the heat to reduce his chance of getting a big score. So stoked it all worked out, and I got this win.”

Although Tenshi Iwami (JPN) could not match it with Ketut in the Final, he leaves the Philippines with his best career result, as he also looks to qualify for the 2023 Challenger Series.

The women’s Final saw Japanese duo Shino Matsuda (JPN) and Anon Matsuoka (JPN) go head-to-head as each looked for a breakthrough result in the Qualifying Series. Matsuoka was looking solid for the first half of the heat until, similarly to the men’s Final, Matsuda posted the highest two-wave total of the women’s event with a 15.50 for her lightning quick backhand attack. Matsuoka looked sharp on her backhand but could not find the scores her opponent was posting, leaving Matsuda to take a convincing victory over her countrywoman. 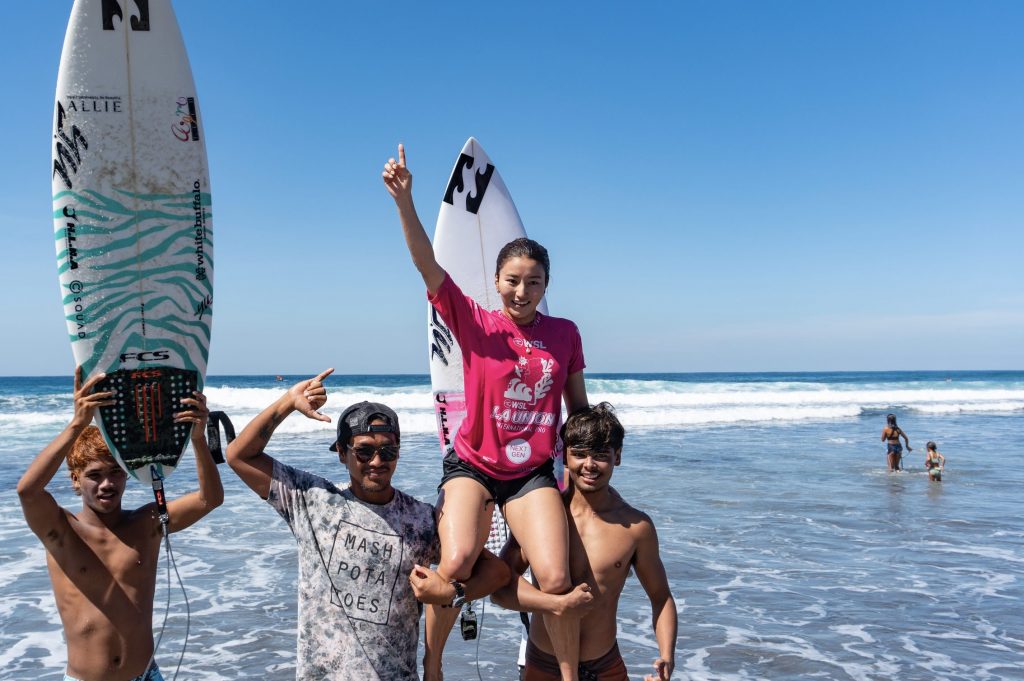 “This is my best result on the QS – I’m so happy,” Matsuda said. “I was injured last year, so I didn’t get any good results, so this win gives me confidence going forward. I like this wave and going on my backhand, so it felt great to have these waves to compete in. La Union is a fantastic place, with good food and great people. They’re all so supportive. My board caddy was Filipino, and I think that helped me get this win.”

The 2023 La Union International Pro QS 3,000 and LQS 1,000 will run at The Point, Urbiztondo Beach, in La Union, Philippines, from January 20 – 26. For more information, head to worldsurfleague.com