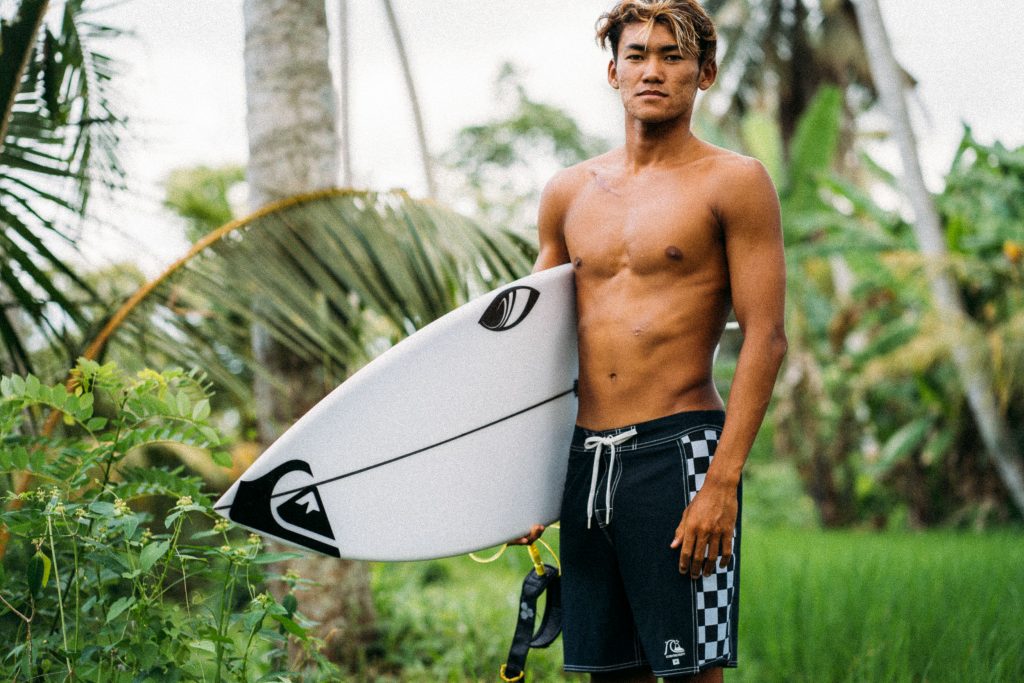 11 August, 2021  Kuta, Bali:  Fresh off a historic appearance as the first Indonesian surfer to compete in the first Olympics to include the sport of surfing, one of only 20 male surfers in the entire world, 21-year-old Rio Waida from Bali jumped onto a plane from Tokyo and many hours later arrived at the small seaside town of Barra De La Cruz in Mexico’s Oaxaca province.  After a few days of practice, the competition began and Rio just took a second place finish in his Round 1 heat to advance to Round 3.

The Corona Open Mexico presented by Quiksilver runs from 10-19 August and you can follow the action on https://www.worldsurfleague.com/

This is Waida’s second World Championship Tour appearance; the first was in 2019 where as a wild card in the Corona Bali Protected at Keramas he won his first heat over 2018 World Champion Gabriel Medina to advance to Round 3, but was bested by Michel Bourez in the man-on-man heat, narrowly losing to finish in 17th place from the total of 36 surfers.

With his second place result, Waida skips the Round 2 Elimination round and directly enters the Round of 32, where he will compete in man-on-man (two surfers only) action against the beset surfers on the planet when competition continues tonight (here in Indonesia).

Of special note, he was a massive fan favorite to win his first heat according to the WSL Website, with 93% of the fans picking him to win!  Let’s all cheer Rio on as he fights his way towards the winner’s podium! 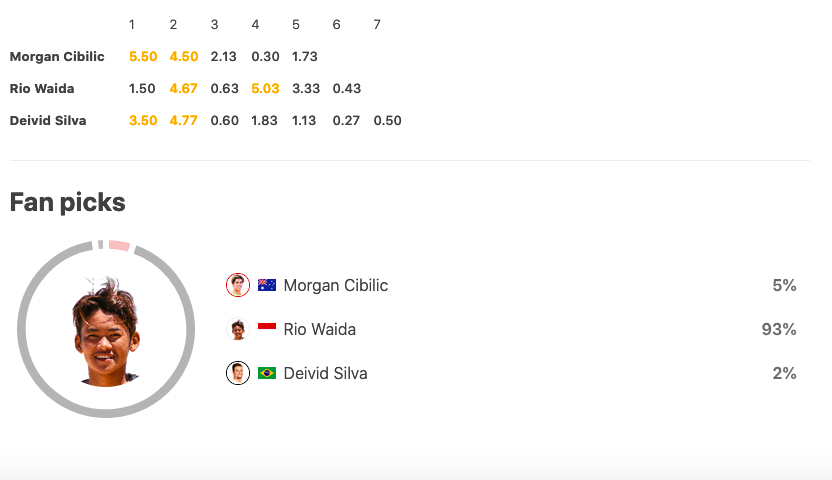 Waida’s list of surfing achievements is lengthy, starting from when he began competing in junior events around Bali when he was 9, ending up on the top spot of the winner’s podium more often than not.  He honed his contest and free surfing skills in all the best waves Bali had to offer, from Uluwatu to Keramas to Canggu and then on off-island trips to world class Indonesian wave locations such as the Mentawai Islands, G-land, and others.  He leapt into the international spotlight in 2016 when he won the coveted Quiksilver Young Guns event in California, besting an international field of the world’s best up and coming teenage surfers and coming home with $10,000 USD prize money in hand.

His World Surf League Qualifying Series campaign began in earnest in 2017, which saw him win the Hello Pacitan Pro, get runner up in the Komune Bali Pro, and earn equal 3rds at the Hainan Open in China and the Taiwan Open to end the year as the WSL Asia Region’s top ranked competitor.  It was also the year that he cracked the top 100 International Qualifying Series rankings at 96.

Waida has already captured the attention of many of the world’s top surfers and the surf media.  Recently, on WSL’s Getting Heated debate series, retired World Championship surfer and high performance coach Ross Williams when asked who was his favorite surfer not on the Championship Tour right now replied, “…definitely my favorite surfer not on the Tour right now lives in Bali, and his name is Rio Waida.  This kid…is super powerful, is really fast, he’s young, he’s fit…he surfs, in my opinion, better than half the guys on tour right now.  If he gets on Tour he is just going to demolish guys.”

3-time World Champion Mick Fanning, who was on the podcast with Williams agreed saying, “Ya I know who Rio is…he’s a great surfer and a really amazing prospect coming out of Indo.”

Recently posted on the WSL website was further acknowledgement of Waida’s potential to compete at the highest level: “….Waida — who was a flag bearer for Indonesia at the opening ceremony — is one of the most progressive and talented surfers coming out of the Asia-Pacific region, with many considering him a very solid chance of making the Championship Tour.”

All eyes will be on Waida this week as he makes the most of his chance to compete and win over the world’s best surfers at the Corona Open Mexico presented by Quiksilver, after which he then heads to Huntington Beach in California to compete on the WSL’s first Challenger series’ first event and continue his campaign to compete full time on the World Championship Tour in 2022.

Tipi Jabrik from the Asian Surfing Cooperative certainly has reason to be proud of Rio Waida, solid proof that the many years of effort in creating a pathway for Rio and other Indonesian surfers and for other developing surfing nations in the Asian Region has been well worth it.

“The ASC has been fundamental to the development of the sport of surfing and surfers like Rio, especially in Indonesia but also regionally,” says Jabrik.  “With all the contributions from ASC’s stakeholders, officials, and supporters to create the events and shape the surfer’s ability to perform, to step up and compete outside their regions out in the world…for sure without the original ISC (Indonesian Surfing Championships), then the ASC, and now together with the WSL, there would be not Rio Wiada, Ketut Agus, Oney Anwar, and other top men and women surfers here in Indonesia. So yes, I’d say that their development and success is due to the ASC, and I’m really happy to see our efforts come to fruition with Rio’s recent Olympic participation and now seeing him get a chance to compete in a WSL Championship tour event.”