COOLANGATTA, QLD / AUS (Wednesday, October 23, 2019) – The World Surf League (WSL) will once again return to the playful peaks of Jinzun Harbour in Taitung County, Taiwan to crown the 2019 World Junior (WJC) and World Longboard Champions (WLC). The Taiwan Open of Surfing, which will run from November 23 to December 7, 2019, will be bigger than ever with the addition of a Men’s Qualifying Series (QS) 3000 event to this year’s schedule.

“It’s been unreal to be part of the World Longboard Championship evolving from a once-a-year event a year to four,” Howard said. “There’s been a lot of new faces at the events this year and we’ve had three incredible stops so far at some amazing locations including Noosa in Australia, Galicia in Spain and then New York City. With a range of surfers finding results throughout the year, there is an awesome spread on the leaderboard which is going to make the grand finale in Taiwan super exciting. The World Longboard Tour can’t wait to get back to Taitung County and crown our 2019 World Longboard Champions at the Taiwan Open of Surfing.”

Currently sitting at third on the rankings, reigning men’s World Longboard Champion Steven Sawyer (ZAF) is thrilled to return to Taiwan a place where he achieved his dreams in 2018.

“I’m always excited to return to Taiwan as it’s personally my favourite place on tour,” Sawyer said. “That has nothing to do with my previous results there either, I just love it there. The people, the food and the waves are all amazing, it’s definitely a wave-rich place. I really feel at home there. There’s nothing like jumping in the car and cruising up and down the coast looking for waves. There are so many left point breaks there it’s like heaven for a goofy-footer. There is always swell and plenty of opportunity for competitors which will make for an epic showdown this December.” 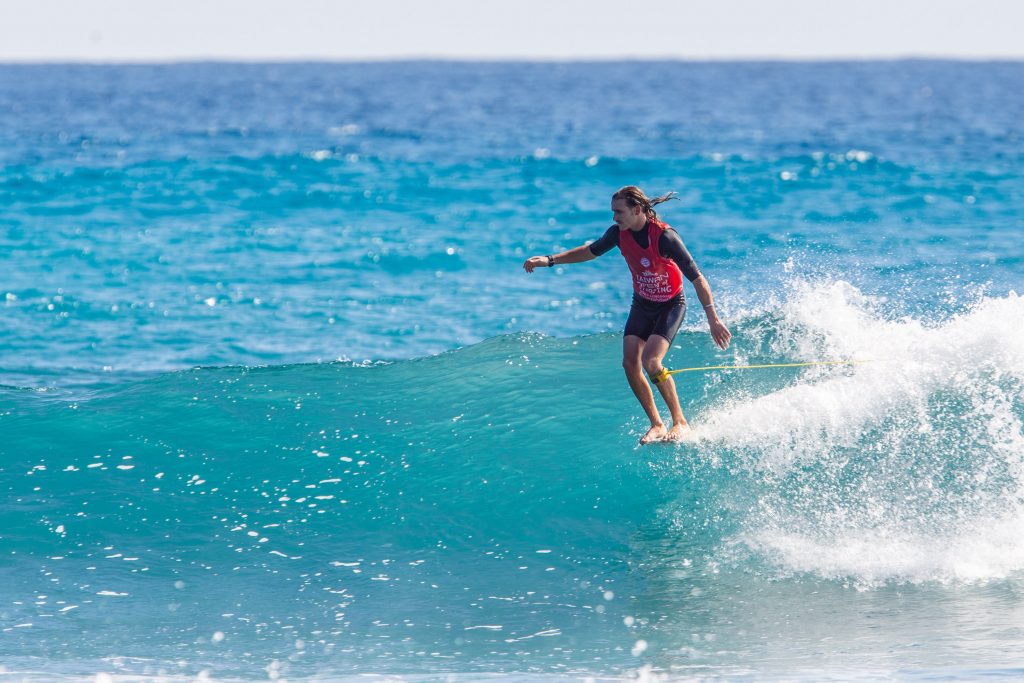 Returning to the Taiwan Open of Surfing for its second consecutive year will be the WSL World Junior Championship. After regional qualifying events been run all over the world, the fields have been decided and the best 18-and-under surfers will descend on the fun park, that is Jinzun Harbour, from November 26 till December 1. Returning to Taiwan to defend her title is 2018 WSL Women’s World Junior Champion Kirra Pinkerton (USA).

“I’m super excited to be returning to Taiwan, especially now that I’ve been before and know what to expect,” Pinkerton said. “It will be cool competing against all of the new juniors that will be coming through this year as well. I love everything about Taiwan, the weather, food, waves, and especially the Boba teas. I’ve never been to a country where every single person was so nice and helpful. The waves are super fun and remind me a lot of the waves at home in California. It’s going to be an exciting event and I can’t wait to get back.” 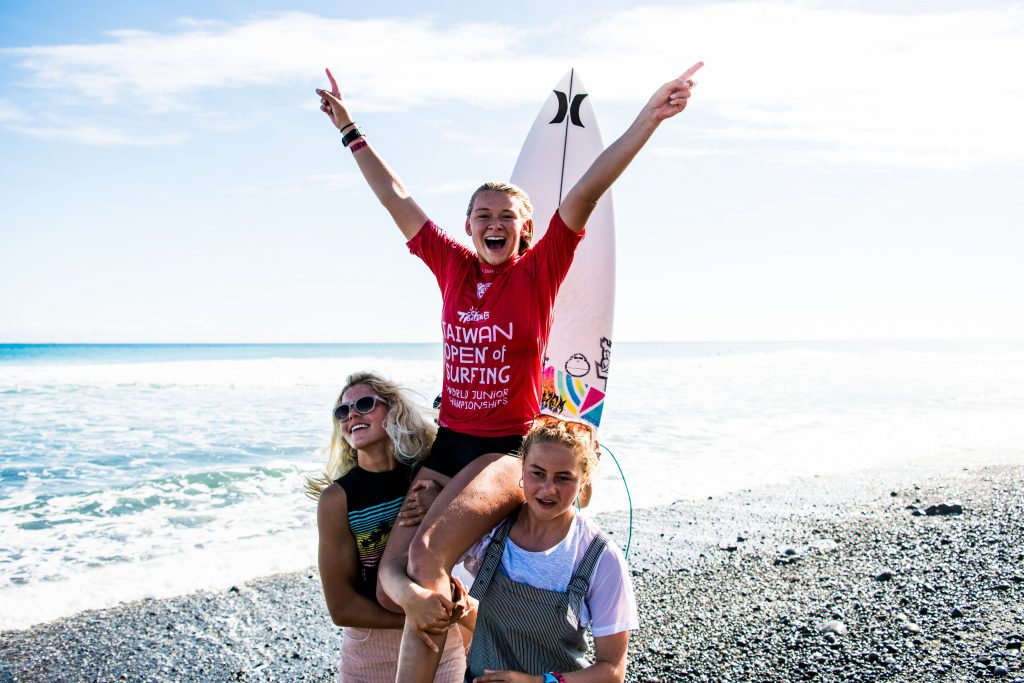 Pictured: American Kirra Pinkerton (USA) chaired to victory at the 2018 Taiwan Open of Surfing. Pinkerton will be back in 2019 to defend her WSL World Junior title.
Credit: © WSL / Jack Barripp

In 2019, the Taiwan Open of Surfing will expand yet again with this year’s event adding a Men’s Qualifying Series 3000 event. With incredible consistency and an abundance of high-performance waves on offer, Jinzun Harbour is an incredible location to see aspiring Championship Tour surfer’s duke it out for important QS rankings points. Taitung Governor April Yao, couldn’t be happier with the continual evolution and growth of Taiwan’s premier surfing event which is now in its 7th on the WSL schedule.

“The collaboration between the Taitung County Government and the World Surf League has continued to grow and 2019 will be the most impressive Taiwan Open of surfing yet,” Governor Yao said. “The event has enabled surfers from all over the world to visit the beautiful Taitung County and surf the amazing waves we have to offer on our Pacific Coast and show that Taitung has the best waves in Taiwan. Jinzun Harbour is a perfect place to hold a competition for the Longboards and Juniors and we can’t wait to this year, also welcome surfers in the QS3,000 event. We wish all competitors luck and hope they enjoy the charm and the waves that Taitung County has to offer.” 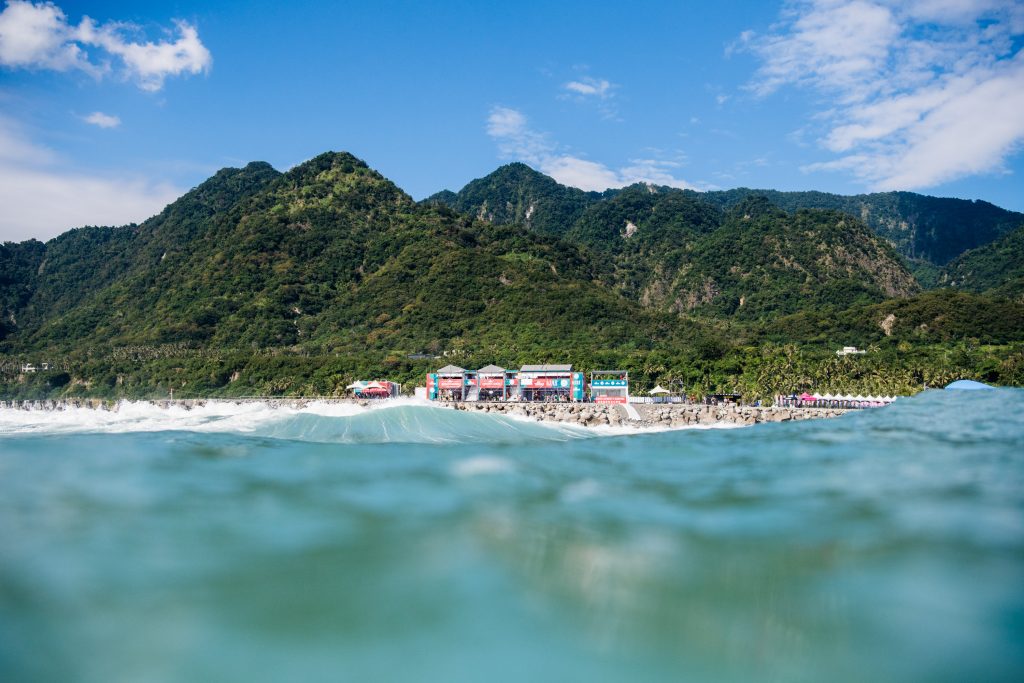 The 2019 Taiwan Open of Surfing Will run from November 23 – December 7 2019. For more information on any of the three events head to www.worldsurfleauge.com or download the free WSL App.

Competition Off To Flying Start at Nias Pro

WSL Asia Set To Return To Nias Indonesia This September