30 November 2020 – Kuta, Bali:  It was a full day of grom-fueled stoke unaffected by Mother Nature’s ability to throw a mixed bag of both surf and weather conditions around Legian Beach yesterday, where some 90 plus kids came from all over Bali to join in and compete for fun, prizes and new surfboards from Warner and Channel Islands.

The morning started with sunshine and nice glassy waves, but by mid-morning howling winds and pouring rain took over for a couple of hours, after which the sun baked down and dried everyone out for the remainder of the day, while the waves went from high tide to low tide and presented some testing conditions with a strong rip tide in the center of the competition area.

In the 16 and Under Girls it was 13-year-old Erin Brooks from Hawaii that made it look too easy, posting the event’s highest single wave score of 7.85 and combined heat score of 15.10 in the semi-finals, then going on to win the finals over challenger Lidya Kato, who placed second.

On the podium, Erin graciously donated her Warner surfboard to Lidya, saying how she really deserved it, then they gave each other hugs.

In the 16 and Under Boys, local boy Made Joi used his local knowledge to ferret out the best scoring waves and come back to the beach the winner, chaired by his Padma Boys crew.  He won a new Channel Islands surfboard for his efforts. Coming in second was Arman from Medewi, who came to the event with about 20 others from North Bali, and no question had the biggest cheering section on the beach during the entire event. 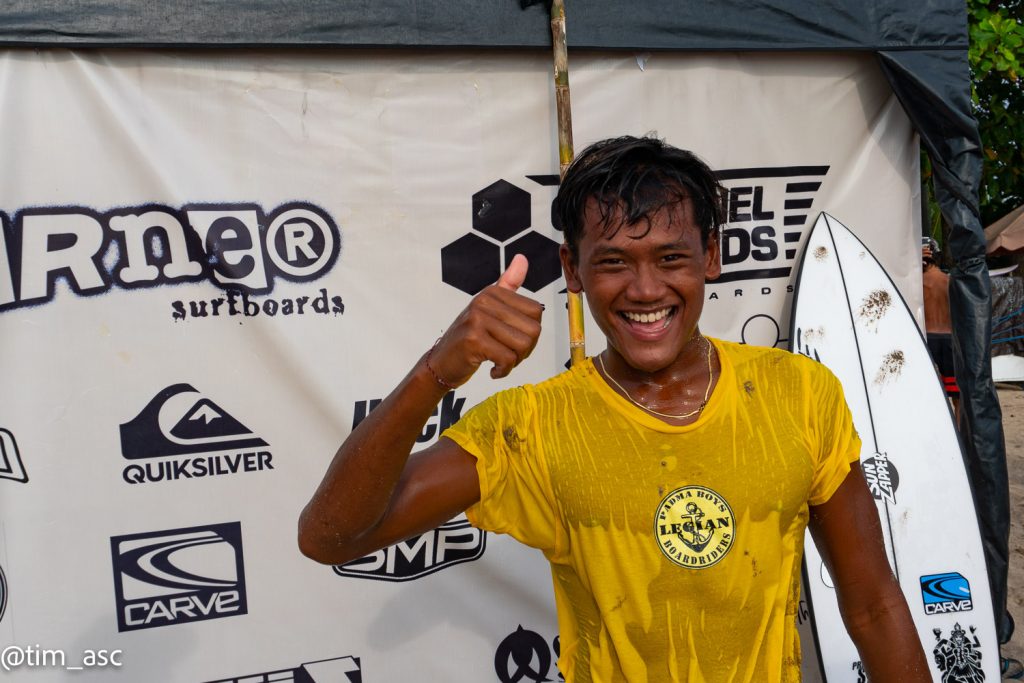 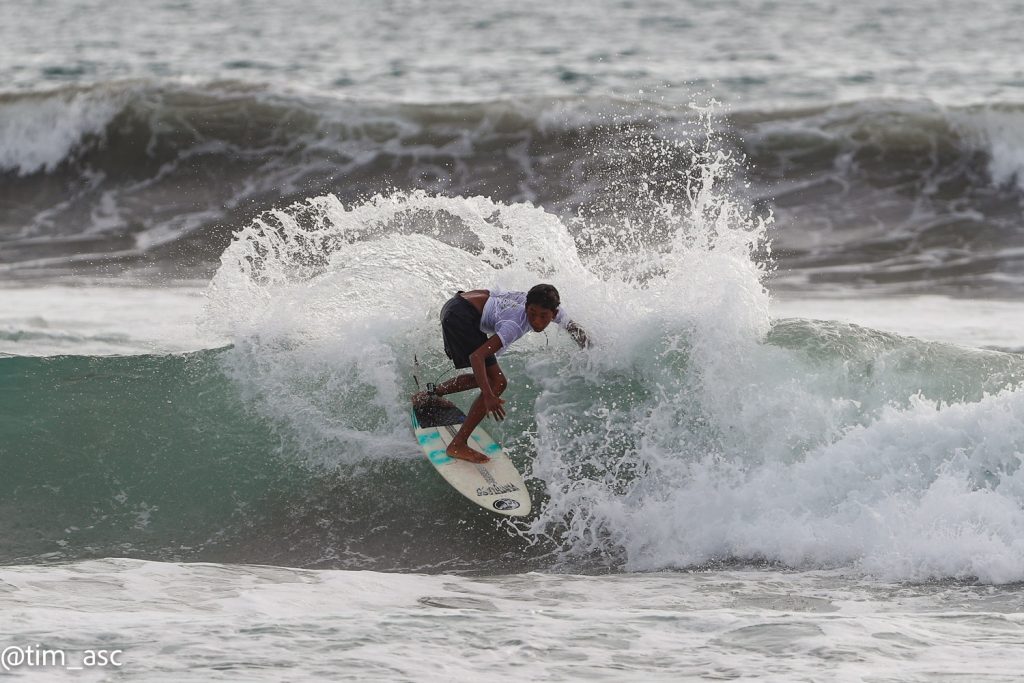 The up and coming Pushing Division was taken out by Diki, with a strong challenge by Zio.  Look for all these kids to be making big statements in future competitions.