Marco Giorgi (URY) flew under the radar all week, putting up solid performances to progress through to the Final where he met event standout, Mitch Parkinson (AUS). Parkinson was posting the events highest heat totals with his aerial antics while Giorgi was impressing the judges with his powerful backside turns. Parkinson lead the heat for its majority with two modest scores to his name. Giorgi scoured the line-up looking for waves and eventually snuck into a righthand ramp and boosted a full rotation air reverse to claim his second QS3,000 victory.

“I’m so happy right now but it still doesn’t feel real,” Giorgi said. “I felt like I’ve been surfing well all event but was nervous coming up against Mitch as he’s been posting massive scores with his airs, so I knew I’d have to go big and I’m stoked I pulled it off. This is my first trip to Taiwan, and I love it. There are so many options for surf and the coastline is so beautiful it’s like Hawaii or Tahiti – It’s amazing.” 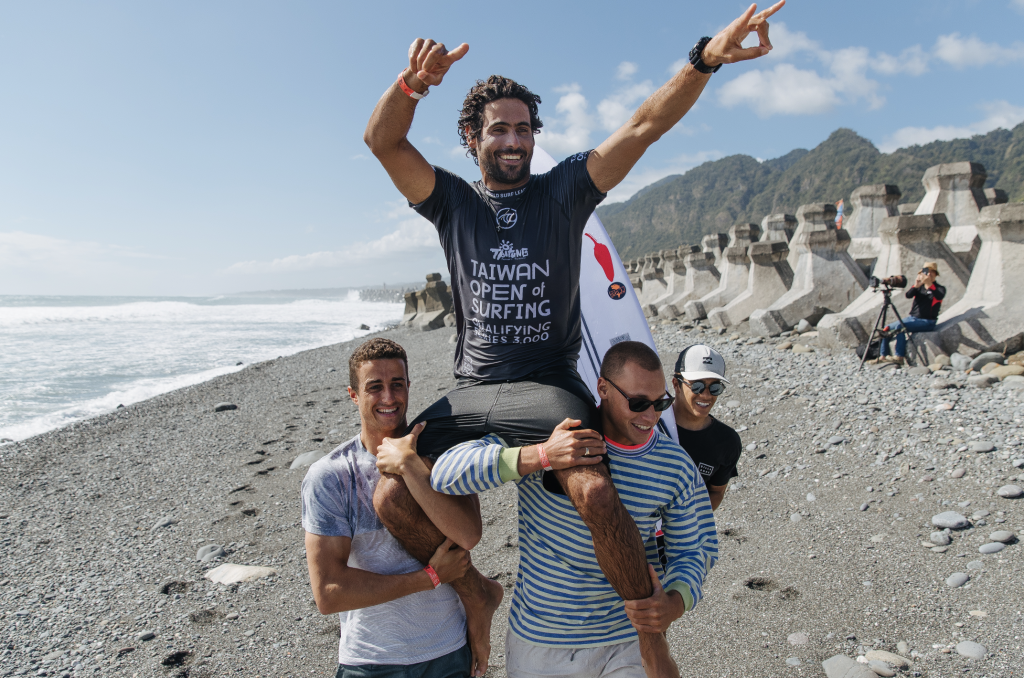 With this win, Giorgi will move into the top 100 on the Qualifying Series rankings and now have the opportunity to compete in the 2020 Challenger Series events. Once here, surfers have a real opportunity to qualify for the elite WSL Championship Tour (CT).

“I really needed a big result here to improve my seed in 2020 and when I came here my goal was to finish strong. Winning the event will help me so much next year and definitely gives me confidence ahead of the Challenger Series next year.”

Although Parkinson came short of clinching back-to-back Taiwan Open of surfing QS titles, his second QS3,000 final of the year (Parkinson won the So Sri Lanka Pro in October) means he will have also improved his seed. Having only competed in three events this year, two of which saw him finish in the Final, Parkinson’s drive to compete has reignited as he looks towards next year’s Challenger Series.

“Obviously you always want to take out the event, but I’m still stoked with a second,” Parkinson said. “It was so sick to be back in Taiwan – It’s such a great place for a contest and all of the competitors have a ball here. I’ve had a bit of a gap year this year so I’m fired up to get back into competition next year and go hard at some of those bigger events on the Challenger Series.” 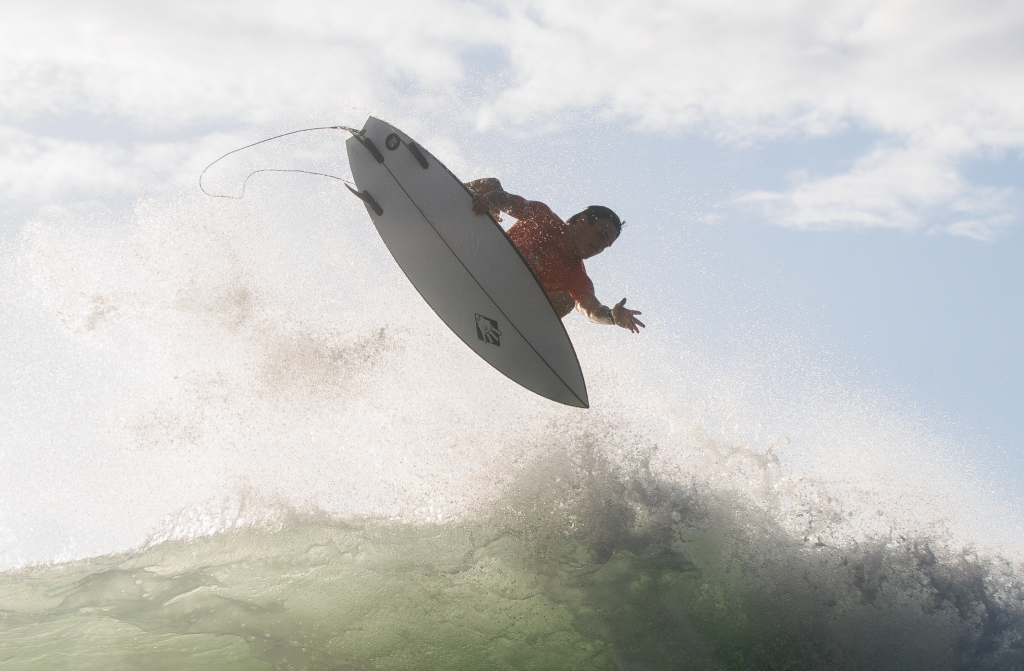 “I was really disappointed to not make it further here in Taiwan but to know that I have won the Asia region QS is an amazing feeling,” Waida said. “I can’t wait to surf in the Challenger Series next year and take on the best in the world. My life goal is to become the first Indonesian to qualify for the CT and that is possible through the Challenger Series so I can’t wait to get there.”

Once the QS3,000 event had wrapped, the WSL World Junior Championships got underway at Jinzun Harbour with the opening round of the men’s being run in the afternoon. The top juniors in the world went to town in the Taiwanese peaks, throwing huge airs and burying rail to demonstrate that the future of surfing is in safe hands.

Round 1 saw a number of incredible performance and excellent scores dropped by the world’s best up and comers including a near-perfect 9.70 (out of a possible 10) from San Clemente’s Crosby Colapinto (USA). Colapinto’s travel buddy and hometown friend Kade Matson (USA) was another top performer, posting a two-wave combination of 16.93 (out of a possible 20) for his epic backhand attack.

Not long after his breakthrough performance at the Tahiti Pro Teahupoo’, Kauli Vaast (FRA) is returning to Taiwan for his second WSL World Junior Championships with newfound confidence. Vaast launched his assault on the 2019 title with a Round 1 heat win and was looking sharp on his forehand at Jiunzun Harbour.

“I’ve been here for a week getting ready so it was nice to get my first heat in the World Juniors out of the way,” Vaast said. “It’s good to be back in Taiwan, there are always waves here and there always fun, even with the wind. Competing in a CT event was such an incredible experience for me. I learned a lot from the top guys and I’m keen to bring it here. It will be awesome to apply it here and go deep into the event.”

The Taiwan Open World Junior Championship runs from November 26 – December 1. For more information and to watch all of the action from the Taiwan Open of Surfing, head to www.worldsurfleauge.com or download the free WSL App.

Field Narrowed on Day 2 of The Taiwan Open of surfing QS3,000

Outstanding International Field Lining Up For So Sri Lanka Pro