JINZUN HARBOUR, TAITUNG / TPE (Saturday, November 23, 2019) – Jinzun Harbour has turned on pristine conditions for the opening day of the 2019 Taiwan Open of Surfing QS3,000. Competitors from around the globe went to town in clean three-to-four foot surf to see the completion of Rounds 1 and 2 of the World Surf League Qualifying Series (QS) 3000 event.

The standout surfer of the opening day was Frenchman Marc Lacomare (FRA) who posted the highest heat total of Day 1, a 15.57 (out of a possible 20) which included an 8.07 for his ferocious frontside attack. Not long after finishing equal 5th at the Quiksilver Pro France Championship Tour event, Lacomare was too low on the QS rankings to enter the Triple Crown meaning he’s had to come to Taiwan to chase rankings points. So far, the plan is working well for him as he moves into Round 3 at Jinzun Harbour.

“These are some of the best waves of any QS event I’ve done this year,” Lacomare said. “This is my first time here and I’ve been really surprised by how good the waves are. The last few days have been really big, and we’ve been scoring some good sessions. This event is so important for me because I need a good result to improve my seed before next season. Before that heat, I saw that the lefts were starting to wall up, so I decided to focus on them, and it paid off for sure.”

Fresh off a win at the recent Cape Naturaliste Pro QS1,000 in Western Australia, Mikey McDonagh (AUS) has come to Taiwan brimming with confidence. Travelling to Taiwan for the first time, the teenage Lennox Head resident looked in his element, using his confidence to post the second-highest two-wave combination of the opening day, a 15.03 heat total to progress into Round 3.

“Having a win in West Aus has definitely been good for my confidence,” McDonagh said. “But this is all new for me now in Taiwan. New surf spot, new country, new contest – I’m just trying to soak it all in and enjoy myself here. I’ve been here for a few days now and I’m loving it. It kind of looks like Hawaii and there are so many waves to surf. The food is epic and everyone I’ve met has been really friendly so I’m so happy to be here and hopefully, I can make a few heats.” 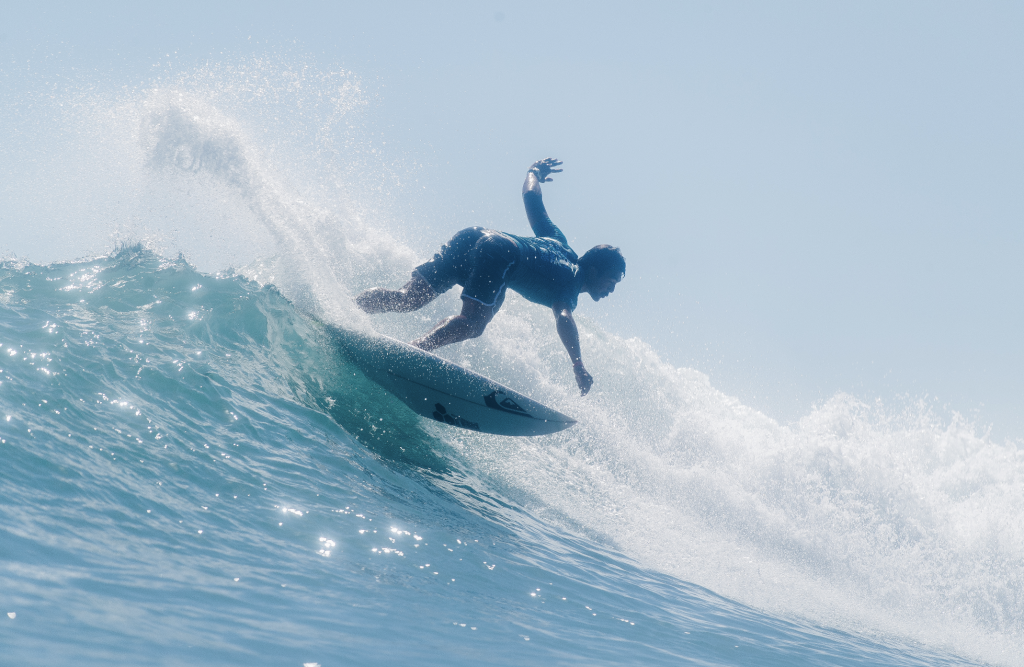 Local favourite Pan Hai Hsin (TPE) guaranteed his best ever QS result today, progressing into Round 3 with a buzzer-beater win over the USA’s Branden Jones (USA). Hai Hsin utilised his vast knowledge of the waves at Jinzun Harbour, taking off on a medium wave with only five seconds left. Pan got to work on his backhand, blasting two massive turns and finishing on the inside section to post a 5.57 and progress in the second spot behind Luis Perloiro (PRT).

“That was such a nervous ending to that heat,” Hai Hsin said. “I knew I needed a score when that wave came so I was really focused on finishing the wave and fortunately I did. It’s amazing having a QS event of this size in Taiwan. Being able to compete against surfers at this level on home soil is amazing. I definitely have a bit of a home ground advantage as I know these waves well, but the level is so high here, every heat is filled with good surfers. This is the furthest I’ve gone in a QS event so I’m stoked and can’t wait to get out there in Round 3.” 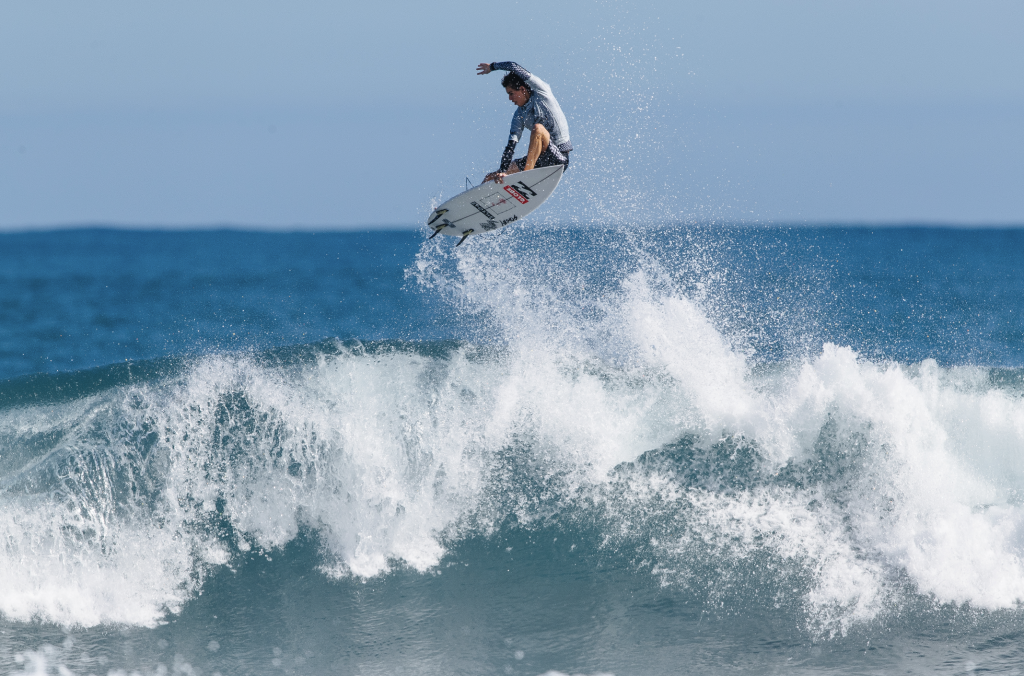 Dakoda Walters (AUS) has travelled to Taiwan to compete at the World Junior Championships next week and saw the opportunity to compete in the QS3,000 as a great way to get time in the water at Jinzun Harbour. The 2019 WSL Australia / Oceania Regional Junior Champion seems to be working the area out just fine as he took out his opening heat with a radical display of aerial surfing.

“I’ve been here for a few days now and the waves have been massive so it’s nice to finally get this place at a ‘rippable’ size,” Walters said. “It’s such a fun spot with peaks everywhere that are kind of like Trestles in California. It’s awesome, plus the people are nice and the food is epic — I’m really enjoying my time here so far. I’m stoked to make that heat but competing in the QS3,000 is all about getting time in the water for me. I want to be ready for World Juniors and today was a good start for that.”

Other standout performers on Day 1 included Nick Vasicek (AUS), Alan Cleland (MEX), Xavier Huxtable (AUS), Yuri Ogasawara (JPN) and Luke Thompson (ZAF) who all progressed through to Round 3 along with a host of others. Be sure to tune in tomorrow as the top seeds hit the water in Round 3 of the Qualifying Series 3000 event at the Taiwan Open of Surfing.

The Taiwan Open QS3,000 will run from November 23 – 26. For more information and to watch all of the action from the Taiwan Open of Surfing, head to www.worldsurfleauge.com or download the free WSL App.

WSL Asia Set To Return To Nias Indonesia This September

Fantastic Conditions Continue On Day 3 of The Nias Pro