Urbiztondo Beach, San Juan / Philippines (Thursday, January 19, 2023) – Over 120 of Asia’s next crop of up and coming surfer’s have arrived in the Philippines ahead of the inaugural La Union International Pro which is set to kick off tomorrow at The Point at Urbiztondo Beach in San Juan. The event comprises a Longboard Qualifying Series (LQS) 1,000 event and a Qualifying Series (QS) 3,000 event with all competitors looking to earn points for a spot on the WSL World Longboard Tour and Challenger Series respectively.

Two surfers who come into the event as ones to watch are Filipino pair Nilbie Blancada (PHL) and John Mark Tokong (PHL) who both have a lot of experience competing in La Union. The last time an international event ran in the Philippines, the Siargao International Surfing Cup, the pair claimed victory, showing they have what it takes when competing on home soil. With 3000 QS points up for grabs, other competitors have a huge chance at rocketing up the rankings and in with a shot at Challenger Series qualification.

“I’m really excited and so happy that there is another WSL event here in the Philippines and especially that it’s in La Union,” Tokong said. “I’ve competed here before and spent a bit of time here so it is all really familiar for me and I’m feeling comfortable. It’s a really beautiful place with such caring and kind locals so it’s a great place for an event. The last event in the Philippines was at my home break and I won it, so I’m feeling pretty confident heading into this event. I’m just looking forward to the action getting underway in the next few days – it should be pumping.” 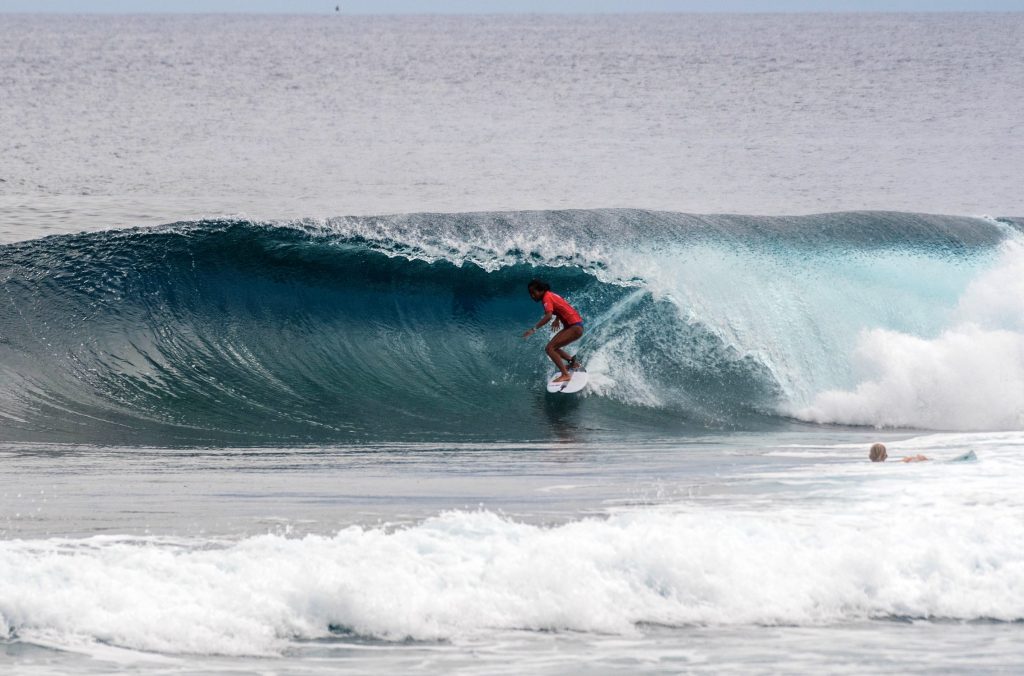 Nilbie Blancada (PHL) will be looking for another home soil victory this week at the La Union International Pro.
Credit: WSL / Tom Bennett

The event has also attracted over 40 of Asia’s best up and coming longboard competitors who are all looking to take a spot on the 2023 WSL World Longboard Tour. The perfect peeling waves at Urbiztondo Beach will offer up great sections for long nose-rides and traditional longboard manoeuvres.

With a promising forecast on hand, event directors are confident competition will get a start tomorrow with either the QS or LQS event.

The 2023 La Union International Pro QS 3,000 and LQS 1,000 will run at The Point, Urbiztondo Beach in La Union, Philippines, from January 20 – 26. For more information head to worldsurfleague.com or download the Free WSL App.
About the WSL
The World Surf League (WSL) is the global home of competitive surfing, crowning the undisputed World Champions since 1976 and showcasing the world’s best surfers on the world’s best waves. WSL is comprised of the Tours and Competition division, which oversees and operates more than 180 global competitions each year; WSL WaveCo, home of the world’s largest high-performance, human-made wave; and WSL Studios, an independent producer of unscripted and scripted projects.