In the Men’s Final, Made Joi Setiawan (IDN) appeared to have the win in hand having scored an excellent 8 point wave early in the 20 minute final, but had only a small backup score, then with two minutes to go Bronson Meydi found the wave he was looking for and smashed two big layback turns on the outside then two more fins free turns on the inside to earn 9 points from the judges to add to his 6.17 points and take the lead and the win with a total final score of 15.17 points out of a possible 20 points.

“It was really fun out there, so great to have a final with the boys as everyone was ripping, especially Made Joi.  I’ve never been here before but it kinda feels almost like Bali, like home, the people are really nice and lots of sick waves here, “ said Bronson.  When asked about his winning wave, he replied “I saw that wave coming and thought…this is it…and it lined up perfectly for me so I could let loose on some turns and I guess the judges liked it.  Stoked to get the win!”

14-year-old Lidia Kato (JPN) can now boast her first international competition win, besting Giada Legati (ITA) and Dhea Natasha (IDN) (who is on the Indonesian National Surfing team) as well as Suri Jabrik who is also 14 years old. Lidia showed no fear and attacked each wave with confidence, her top wave score a near excellent 7.5 points which she followed it up with a 6.83 before the horn blew the end of the final.

“These waves are really fun, I really enjoyed my time here,” said Lidia.  “I’m so happy I got the invitation to come to this event, thanks so much to everyone!  “In the final the current was a bit strong and there were some big sets, but it was fun to be out there with the girls.  I got that one big turn to get my highest score, and got like a 7, so I felt really good.  And then I also had a 6, so I’m lucky I could take the win,” she added.

Runner up in the Women’s Open was Giada Legati (ITL), who voiced her appreciation of the time spend in West Papua, saying, “My overall experience here in West Papau has been really unique, the people are super friendly and the food is really good and different…it’s really nice to be somewhere different than the usual contest places.  Hopefully next year we can come back and bring even more surfers to experience this great area and surf all the great waves that are around here.”

Rarely does a surfer as well-traveled as Indonesia’s most well-known surfer Rizal Tandjung get to experience a new surfing destination, but this was his first time to visit West Papua and he even joined in the competition.  “This place has a lot of potential wave wise, for example this place Amban Beach has a long right point break that works from small until big, and even when windy it still has clean faces…looked a little like Haleiwa or Sunset Beach from the judging tower sometimes.  And to the left up the beach there is a slab that has a left and a right…I got a barrel there yesterday on my first wave.  Also I want to say that I’m impressed by the kids here, they are very athletic with good balance and they are not afraid of the ocean at all.  They just need some guidance and training and with some government support…them and this place have a bright future.”

PSOI Secretary General and ASC President Tipi Jabrik added “If the West Papua government is serious about promoting tourism, I think surfing is one of the best ways to do it.  We’ve seen the quality of the waves and the potential this place has, so hopefully we’ll see a lot of support and growth here in the future.”

The West Papua International Surfing Competition was created and organized by Theo Oldet, who is the head of West Papua’s PSOI branch (PSOI = Indonesian Surfing Federation).  He is also the owner of the Amban Surf House, who hosted and provided accommodations for the event, and has worked tirelessly to make this event happen.

“We’ve been planning and working on making this event happen since last year, and we’re so happy that the ASC could help us make it a reality,” said Theo.   “Thanks to PSOI Indonesia and ASC, and with their support we can grow our surf community here, and we will work hard to make our dream of making West Papua a great surfing destination, come true in reality.”

At the Closing Ceremony, the finalists all received their awards and one of the special prizes was that each first place winner was given a surfboard courtesy of Chilli Surfboards in Bali. 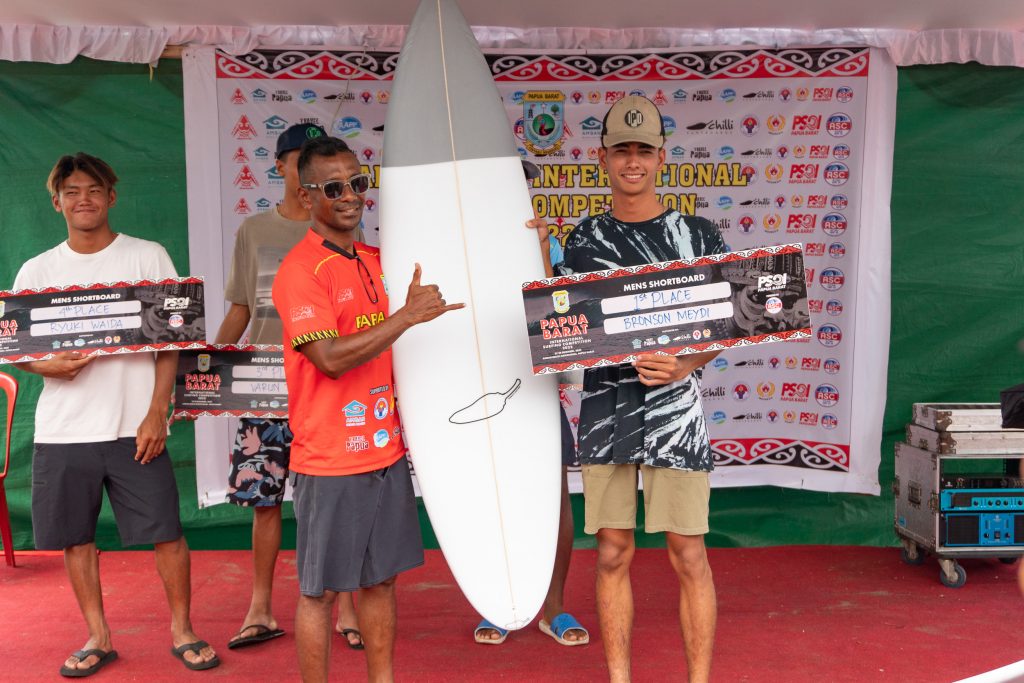 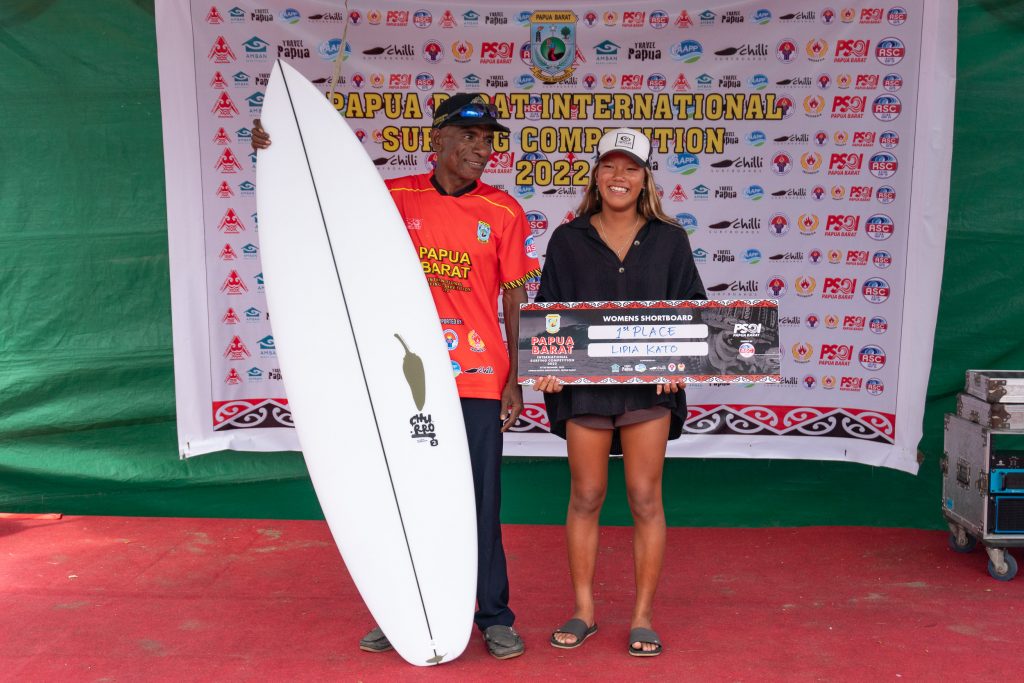 And on You Tube:

The West Papua International Surfing Competition 2022 was sponsored by: