Medewi – Monday, 20 October 2019: Hundreds of ripping young surfers from Bali, Java, Malaysia, Australia, America and other countries dedcended on Medewi Beach, Bali, last weekend, 19-20 October, to compete in the 16th annual Rip Curl GromSearch. Competing in an exciting, safe and friendly competitive environment, the best Indonesia surfers put their skills to the test against some red hot travelling competitors in all divisions, including Under 16’s, Under 14’s and under 12’s, with the addition of the Super Groms division (under 10 years old).

The rocky beach of Medewi offered competitors the perfect canvas to show their best skills with consistent 3 to 4 foot high long waves. The famous Medewi Beach is visited by both local and foreign surfers. This beach is one of the best surf spots in Bali because it has two surfing spots, fat waves, long swells and left handers.

“Final day went good, a true success! The waves were really consistent. It was perfect to give the chance to boys and girls under 16 to grab their tickets for the international final”, said Dedi Gun as the Rip Curl Team rider and also the MC for this event. 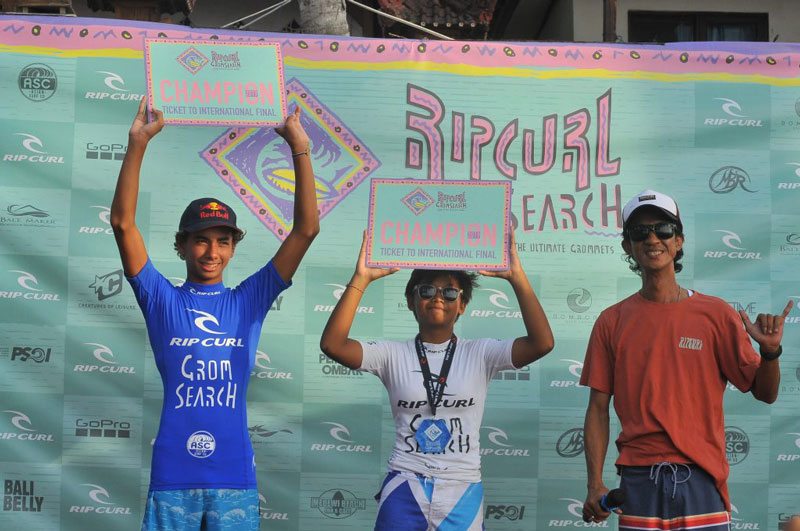 Bronson Meidi from the under 16 division scored 15,40 points in the final. “I’m really stoked to win this competition, the waves are really good, many people are ripping. I can’t wait to go to the international final. Thank you to all the sponsor and Rip Curl for this incredible contest!”, said Bronson after he scored a 8,00 and a 7,40 during the final. He made it to the GromSearch International Final, thanks to his powerful surfing style, againts his rivals Varun Tandjung (13,90), Pajar Ariana (12,77) and Raphael Castro (10.00).

On the under 16 girls division, Ketut Tia’s outstanding performance saw her cruise by the field to finish 1st place with a score of 13,67, followed by Serena Boccato (8,80), Lin Lim (8,77) and Georgia May (7,43). The girls were ripping Medewi’s left during the event. “The waves were great and long. I made some good carves and snaps. Thank you Rip Curl Indonesia for making this contest for the groms!”, said Ketut Tia.

Bronson Meidi and Ketut Tia emerged victorious at the end of a huge weekend of amazing performances from all competitors. They will represent Indonesia at the Rip Curl International Research, where the top performing under-16 surfers from around the globe will face off at a top-secret location to be announced early next year.

Febri Angriwagan from under 14 boys division scored 15,17 during the GromSearch’s Final. “Thanks to my sponsors, Medewi Boardriders, and especially to Rip Curl for the board I won during the GromSearch 2018. This board made me win the contest this year! I’m very happy”, said Febri. “He deserved the 1st place. He’s been training here in Medewi with our team. He has been preparing for the GromSearch competition for the last months. It’s fantastic!”, said Peter Delo as the contest director. Febri was followed by Lucky Hariyanto (12,97), Western Hirst (11,47) and Teddy Bille (9,44). 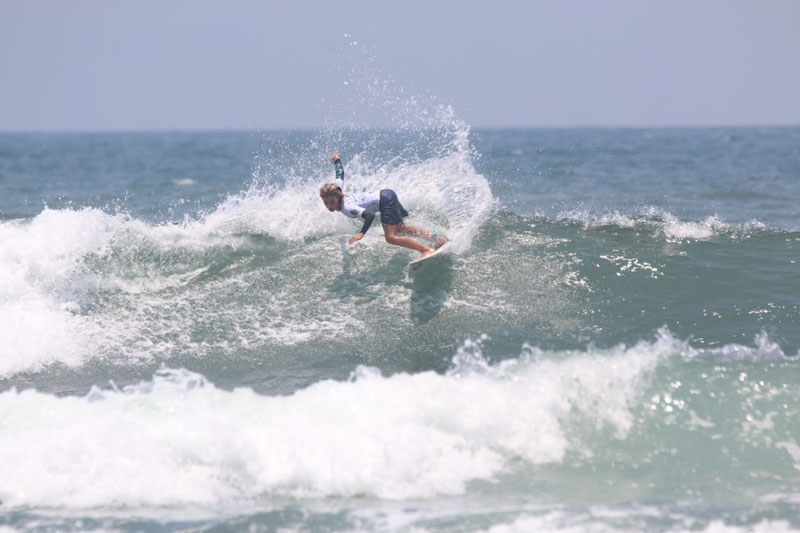 In the under 12 boys division, Enoha Le Pieres from France scored 16,60 during this final and took the best overall performance during the contest. He was ripping like an adult and made about 15 turns. Enoha was gaining over Dilan Wilcox (12,40), Phillip Duke (11,13) and Un Jayantara (8,20).

Many of the most adorable surfing moments of the weekend came from the under 10’s division with some of them having pushed by their dads on Medewi’s lefts. Rip Curl’s grom Lidia Kato won the 1st place in her category and was so happy to represent the Rip Curl team. She was followed by Kaila Tani Martin (11,00), Anissa Rei Martin (5,37) and Hanasuri Jabrik (4,03). In the under 10’s for the boys, Made Nesa scored 14,50 and won the 1st place againts other super grommets Leo Matchett (7,67), Kade Martin (7,27) and Platon (6,04). 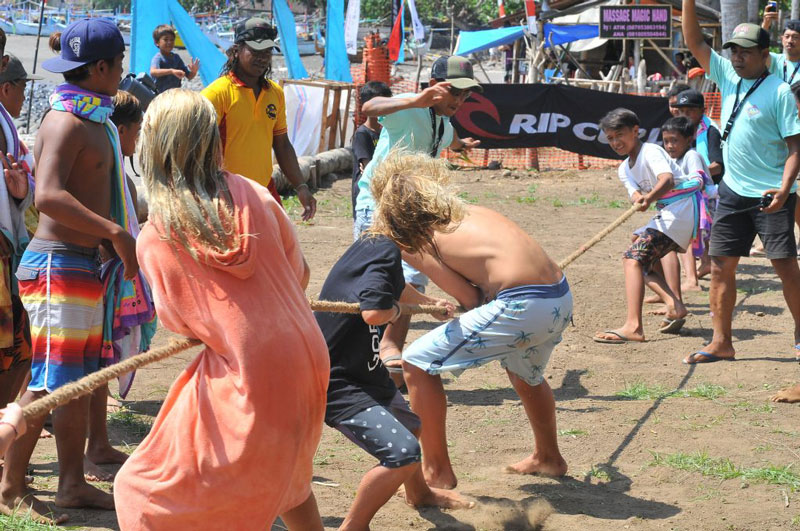 During the competitions, Rip Curl organized beach games for the kids with a lot of prizes provided for their participation. They also helped clean up the area, plant baby coconut trees and learned about recycling conducted by Dua Kala Recycle. RipCurl also held an Expression Session contest. The best air of the day was won by Abi Mu Amar (Medewi), the best manover by Rahman Hidayat (Medewi).

For access to images, video, press releases and an extensive range of content for use in your coverage of the Rip Curl GromSearch 2019, please visit the following Box link: https://ripcurl.box.com/s/jzxlzg726rpf1rejmt0uazqn8mjw7hbb.