LAGUNDRI BAY, NIAS / INDONESIA (Friday, June 24, 2022) – The 2022 Nias Pro, a World Surf League (WSL) Qualifying Series (QS) 5,000 event and Junior Qualifying Series (JQS) completed a third day of action with multiple divisions hitting the Nias lineup. Surfers rocked up to quality 2-to-3 foot surf this morning and conditions gradually improved with a new pulse of swell pumping four foot perfect surf by day’s end.
The men and women’s JQS Quarterfinals ran first as event organisers chose to delay the men’s QS5,000 Round of 96 as long as possible waiting for the new swell to arrive. While the morning waves were small the scoring potential remained and Japan’s Anon Matsuoka was a standout posting an outstanding 9 point ride in her Quarterfinal win.

The Japanese surfers have been dominating the women’s junior division, qualifying 5 surfers out of the 8 Quarter Finalists alongside Ellie Harrison (AUS), Lilliana Bowrey (AUS) and Indonesia’s Kailani Johnson.

“The waves were fantastic for me and my strength is surfing backhand,” said Matsuoka. “I had some good results in Krui as well and I am still in the Open QS here and I am enjoying surfing these WSL events in Indonesia, the quality of surf is so good.” 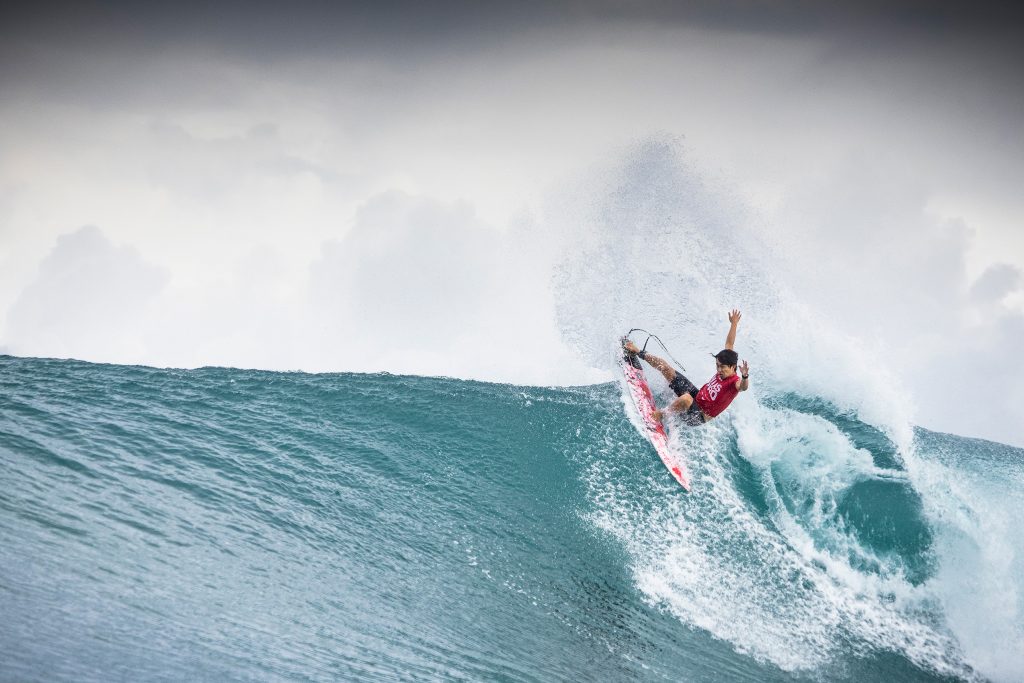 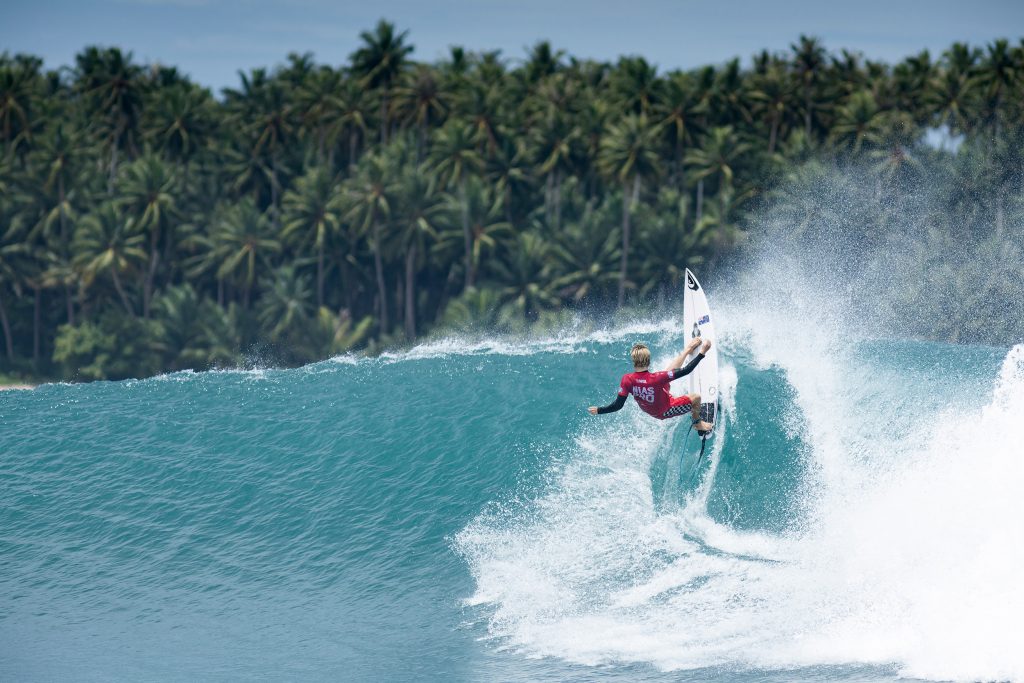 The afternoon saw heavy rain showers but also a distinct improvement in swell conditions as the leading edge of what is expected to be a great swell through the weekend moved in.

Round of 96 Men’s heats enjoyed the improving quality waves with a number of standout performances from the strong international field who are at this event knowing the waves will deliver immense competitive opportunities.14 heats were completed and the standouts included Marlon Harrison (AUS), Kyoshiro Suda (JPN), John Mark Tokong (Philippines), Rodrigo Saldanha (BRA) along with a strong bunch of emerging Indonesian surfers.

South African surfer Jordy Maree has fond memories of this event as he won the last time the event ran before the COVID19 pandemic. He surfed superbly today and looks in prime form to defend his title.
Australian Marlon Harrison scored one of the best barrel rides of the day in the final minute of his heat that saw him jump from 4th to 1st position care of the 8.33 score awarded by the judges.

“That was so timely and lucky for me to get that ride,” said Harrison. “I was struggling in 4th, held no priority and somehow found that wave. The waves were on the improve all heat and I can’t wait to surf more perfection tomorrow, bring it on.” 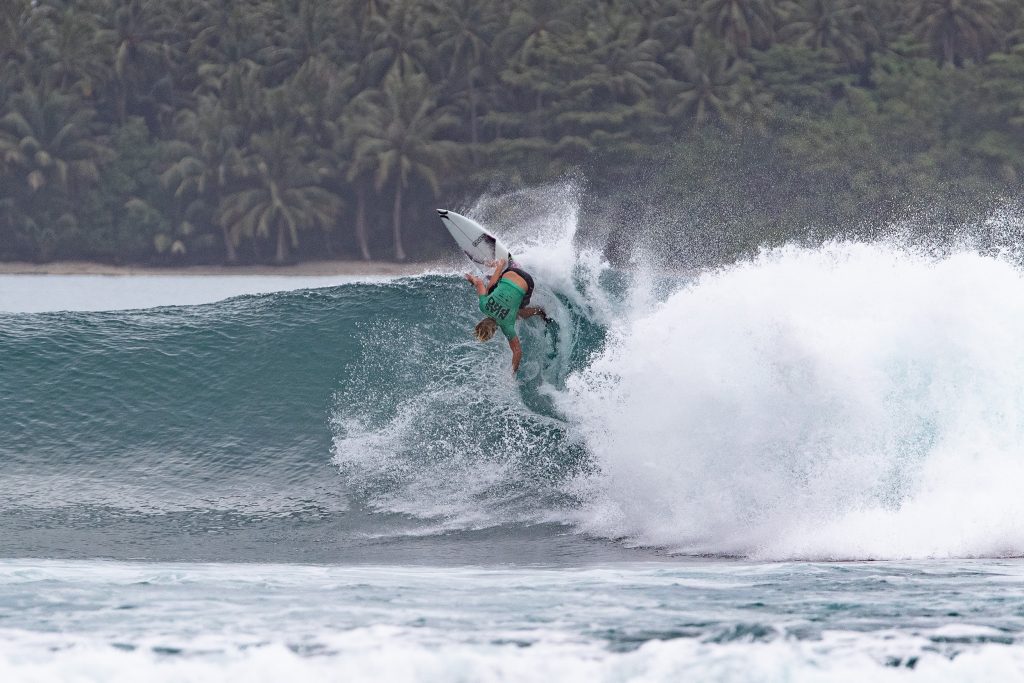 We expect to see Nias firing over the coming weekend with a peak in swell expected tomorrow and holding well into Sunday.
The top seeds will surf tomorrow and they should be scoring big time. Local legend Justin Buulolo (Indonesia), a wildcard in this event, knows this wave like no other and if the barrels deliver with all their power and perfection, he is a surfer to watch for certain. He will surf in heat 9 of the round of 64.

Event organisers will reconvene at Lagundri Bay to make a call on Saturday at 6:30 a.m. local time for a potential 7a.m. start.
The 2022 Nias Pro will run at Lagundri Bay from June 22-28. Be sure to tune in and watch it live at www.worldsurfleague.com, on WSL LIVE’s Facebook page or on the free WSL App.