August 23, 2022 (Tuesday), Seoul, South Korea —  The inaugural 2022 Wave Park Surf League (WSPL) hosted by Wave Park has successfully been completed after a 10-week long journey with a ceremony held on August 14 to announce and applaud the winners and award them prizes.

The 2022 WPSL, hosted by Wave Park, is Korea’s first league-type surfing competition, held to spread the news about Korea’s marine sports culture and at the same time contribute to the promotion of surfing as a healthy leisure activity. This first surf league series was held over a 10 week period from May 21st to August 7th, with a total of 125 surfers participating and showing off their skills.

After being judged via video by a panel of ASC (Asian Surf Co.) judges after each session during the 10 weeks, at the end of the series it was Kanoa winning the Men’s Shortboard Division, Lee Nala taking first in the Women’s Shortboard Division, Kim Dongkyun is the Men’s Longboard Champion, Park Soo-Jin the Women’s Longboard Champion, and in the Beginner Men’s  it was Gye Min-Seok taking the win, and Lee Su-Jeong in the Beginner Women’s won the top spot.

The 1st WSPL 2022 awards ceremony was held on the 14th of August and was attended by Choi Hyo-seop, the General President of Daewon Plus Group (the parent company of Wave Park), and the sponsors and WPSL competitors.

One of the surfers who joined the WPSL said, “Joining in the first league-type surfing competition in Korea was an unforgettable event, not only for improving my skills but also from the cheering and supporting from the galleries. In the ocean, it depends on the waves and my body condition as the competition can be held in just 1 day, but in this league it was nice to have several opportunities for more chances if I made a mistake.”

A Wave Park official said, “This 2022 WPSL was the first league-type tournament held in Korea, so there were many difficulties along the way, but we would like to thank the competitors and our partners who supported us, so that we could successfully stage this event. Thank you!” 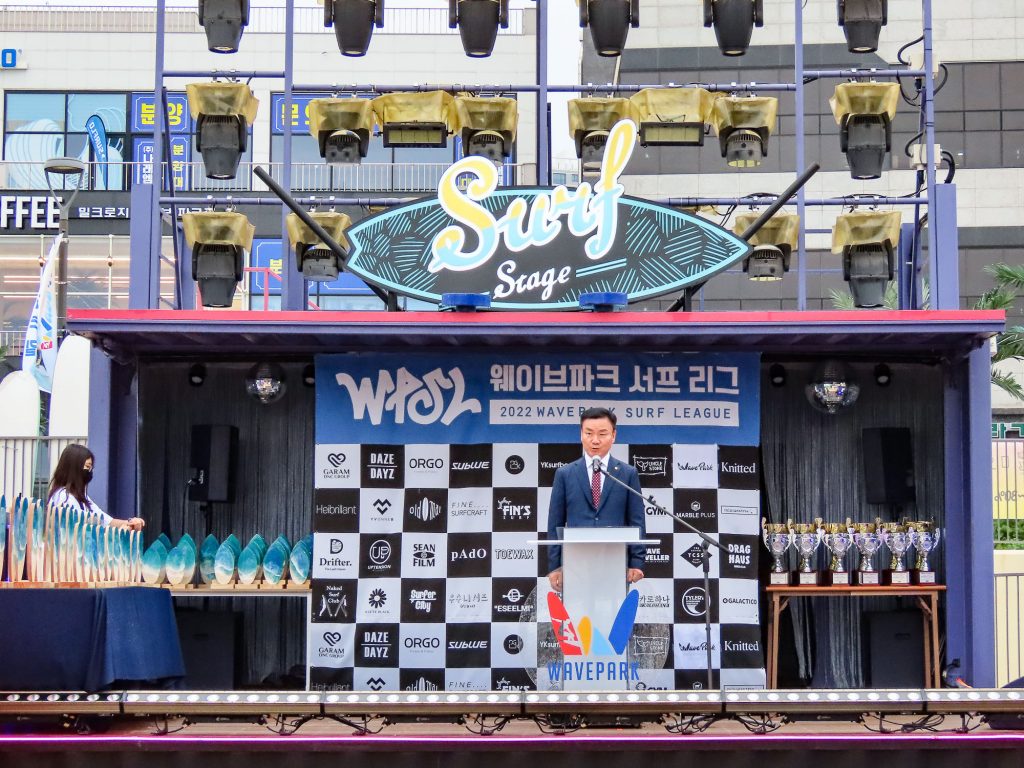